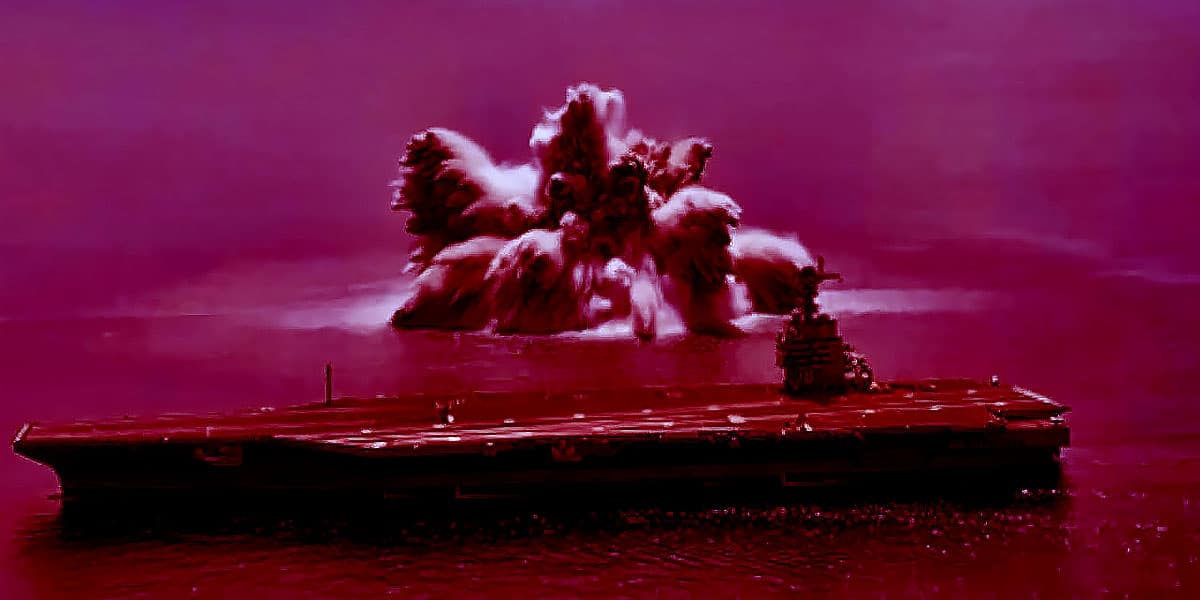 The US Military Just Set Off Another 3.9 Magnitude Explosion

The US Navy was conducting an "experimental explosion."

The US Navy was conducting an "experimental explosion."

Earthquakes are pretty rare in Florida. But on Sunday afternoon, something registered as a 3.9 magnitude tremor off the Florida coast — and it wasn't caused by the shifting of tectonic plates.

Instead, the US Navy was conducting an "experimental explosion," setting off high velocity explosives 110 miles off the coast of Jacksonville, Florida, local news station WLTX reports, a forceful display of the military's might — or, depending how you look at it, countless taxpayer dollars going up in smoke.

It wasn't even the first time. A different explosion rocked the waters off the Florida coast back in June. The Navy later confirmed it had detonated 40,000 pounds worth of explosives right next to a new 250-foot carrier, to make sure it can withstand battle conditions.

The carrier, the Gerald R. Ford, cost $13.3 billion to procure, according to a recent report, making it the biggest and most expensive warship in US history.

"The US navy conducts shock trials of new ship designs using live explosives to confirm that our warships can continue to meet demanding mission requirements under harsh conditions they might encounter in battle," the Navy said in a statement at the time.

The Navy also claimed it respected "known migration patterns of marine life in the test area."

Sunday's explosion occurred just miles from where the June test occurred, according to WLTX, suggesting the incident may be related to the Navy's ongoing shock trials.

A third similar explosion in mid-July also hit 3.9 on the Richter scale, according to the Orlando Sentinel.

Will Floridians experience even more military-industrial tremors this year? Hopefully the Gerald R. Ford will make it out in one piece.

More on the explosions: US Navy Sets Off Giant Explosion That Registers as 3.9 Magnitude Explosion