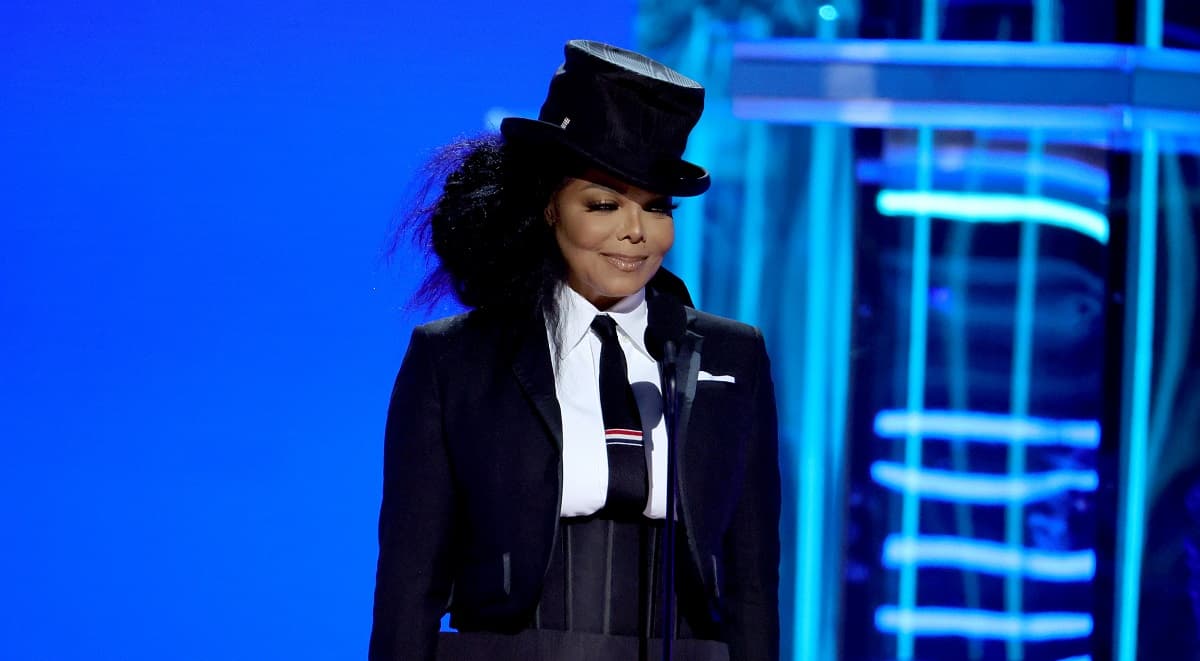 Janet Jackson's vocal power knows no bounds. According to a delightful Tuesday blog post by longtime Microsoft software engineer Raymond Chen, Janet Jackson's hip-shaking 1989 hit "Rhythm Nation" has the strength to completely crash some Windows XP-era laptops — and as per an official entry in a database of known vulnerabilities, the wacky-sounding claim is absolutely true.

"A certain 5400 RPM OEM hard drive, as shipped with laptop PCs in approximately 2005," reads the CVE warning, "allows physically proximate attackers to cause a denial of service (device malfunction and system crash) via a resonant-frequency attack with the audio signal from the Rhythm Nation music video."

In other words, "Rhythm Nation" possesses the natural resonant frequencies for a specific laptop hard drive. Thus, like an opera singer's falsetto might shatter a wine glass, Jackson's poppy vocal chops can rock these particular computers into malfunction. Icon!

In his blog post — marvelously titled "Janet Jackson had the power to crash laptop computers" — Chen explained that the "Rhythm Nation" phenomenon was discovered by engineers at an unnamed "major computer manufacturer," who realized that playing Jackson's hit not only crashed the computer that the music video was being streamed on — it crashed many computers in the vicinity, too.

"I would not have wanted to be in the laboratory that they must have set up to investigate this problem," Chen mused, perhaps to say that he wouldn't want to listen to "Rhythm Nation" on repeat for hours on end. However, he did thoughtfully add: "Not an artistic judgement."

Chen further explained that the manufacturer skirted the issue by "adding a custom filter in the audio pipeline," which worked to detect and remove the crash-causing frequencies. But as Ars Technica points out, this isn't a perfect solution — while it might allow anyone with these laptops to safely listen to Janet Jackson on their own devices, their computer could still crash if in proximity to someone else playing the song.

On one point we can all agree: some things, like Janet Jackson's discography, are simply worth taking risks.

Might See Nonsense
MSN Fired Its Human Journalists and Replaced Them With AI That Publishes Fake News About Mermaids and Bigfoot
12. 2. 22
Read More
Gates Closed
Bill Gates Reportedly Left Microsoft Board Amid Sex Allegations
5. 17. 21
Read More
You Can't Say That on Xbox
Microsoft Wants to Censor Xbox Live Voice Chat in Real Time
10. 15. 19
Read More
+Social+Newsletter
TopicsAbout UsContact Us
Copyright ©, Camden Media Inc All Rights Reserved. See our User Agreement, Privacy Policy and Data Use Policy. The material on this site may not be reproduced, distributed, transmitted, cached or otherwise used, except with prior written permission of Futurism. Articles may contain affiliate links which enable us to share in the revenue of any purchases made.
Fonts by Typekit and Monotype.