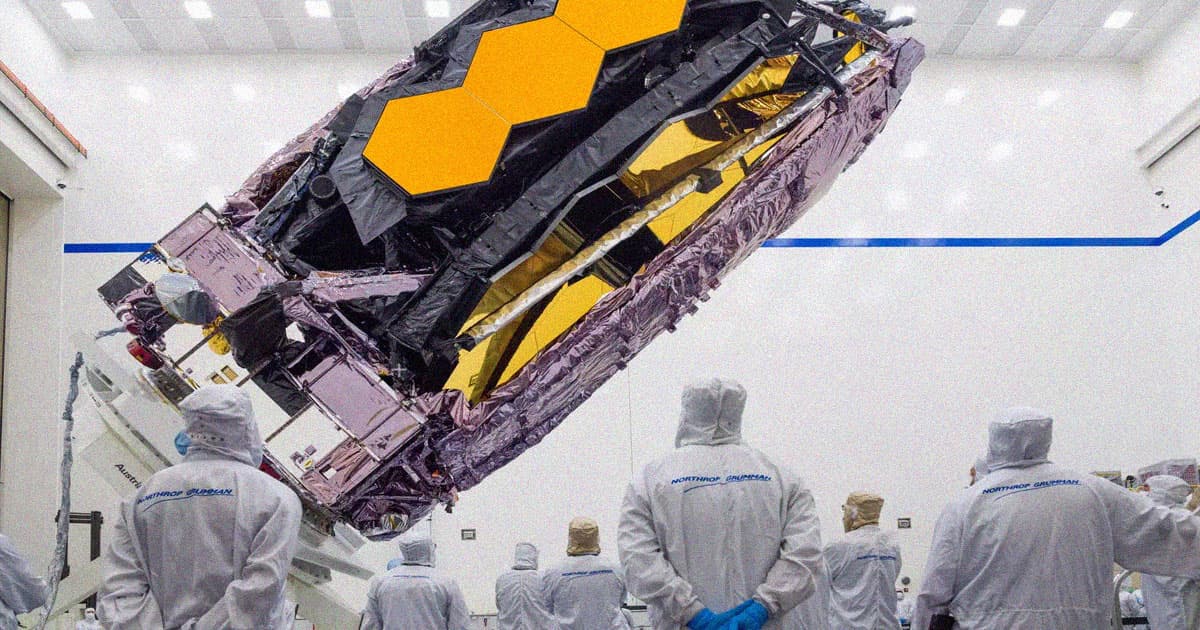 The James Web Space Telescope cost a whopping $10 billion to build — and it's already proving to be a worthy successor to NASA's historic Hubble observatory.

But there's one line on its spec sheet that caught us off guard: the observatory has a minuscule 68 gigabyte solid-state drive (SSD), as IEEE Spectrum noticed earlier this month — only about half the storage of an entry-level iPhone.

But really, that only makes the telescope's groundbreaking observations — including some stunning and ultra-crisp images of Jupiter — all the more impressive.

While 68 gigs may sound puny, there's a good reason it's that small. For one, the SSD, a "Solid State Recorder" to be precise, had to go through an extensive certification process, since it's meant to withstand some grueling conditions — tremendous amounts of radiation in particular — a million miles from Earth.

Due to that radiation, in fact, experts predict those 68 gigabytes will shrink to only 60 gigabytes of usable storage over the telescope's ten year lifespan, according to IEEE Spectrum.

Then there's the fact that 68 gigabytes may only be enough for 24 hours of data gathering — but the telescope has opportunities several times a day to downlink that data back to Earth.

To pull it off, the space telescope makes use of the Deep Space Network, a worldwide network that connects to a number of US spacecraft, to beam data back to Earth. That means it will also share these data transfer frequencies with other craft, including NASA's Parker Solar Probe and even Voyager probes.

Fortunately, the space observatory's comms channels use the a special error correction protocol — the same one used in DVDs and Blu-ray discs, according to IEEE Spectrum — which means that it will only delete the original files on its tiny on-board storage once it confirms the team back on Earth has successfully received it.

It's wild to think that one of the most groundbreaking pieces of human-built machinery only relies on just over 60 gigs of storage to further our understanding of the cosmos.

But we're not the experts who put it all together, so who are we to judge? As its most recent observations go to show, the system is working just fine — and we can't wait to see what it will beam back to Earth next.

More on the telescope: James Webb Picture of Jupiter So Crisp You Can See Its Moon Europa