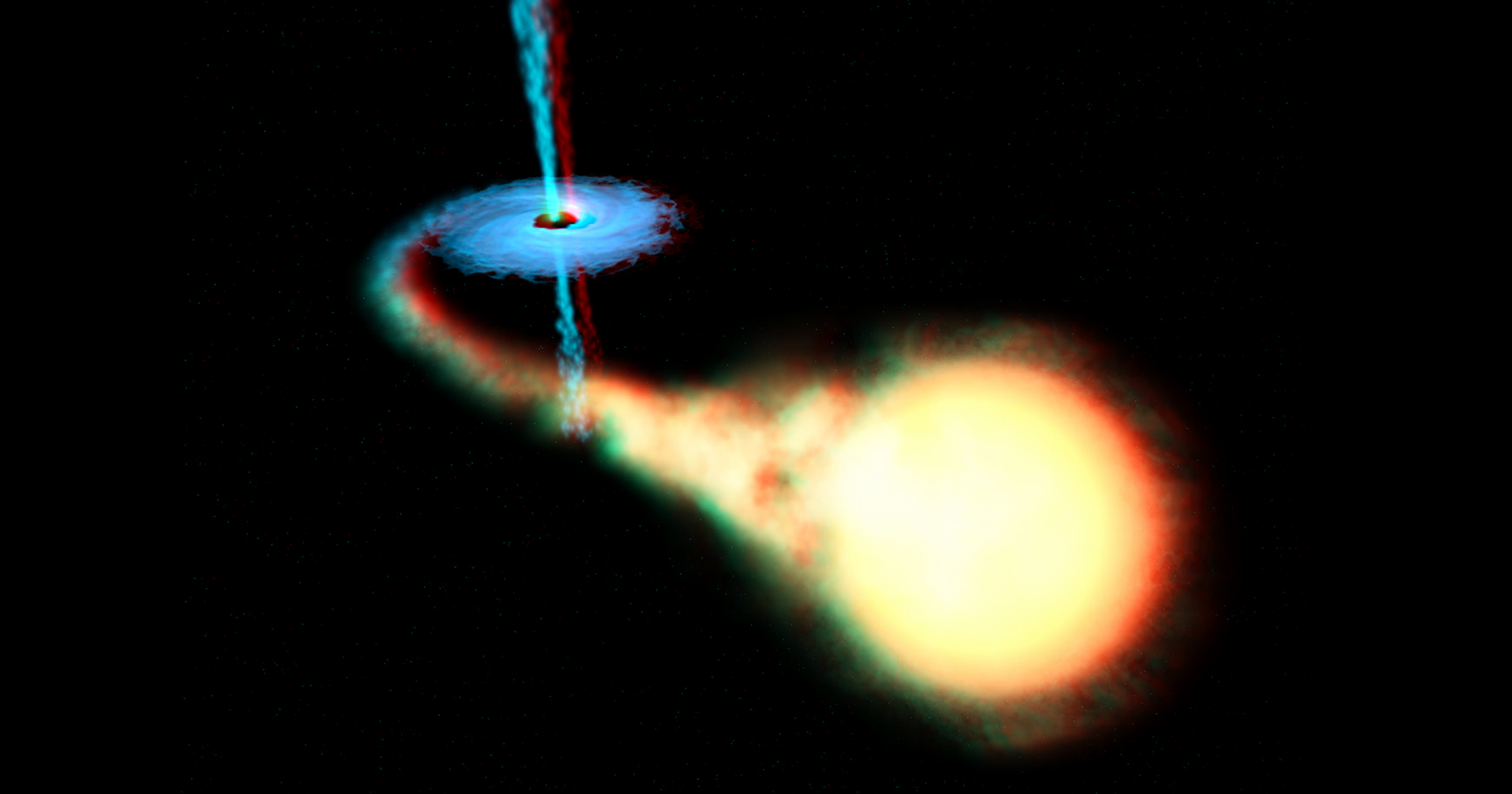 An exotic microquasar just got a bit more special.

An exotic microquasar just got a bit more special.

The star system SS 433 is something of a celebrity in the world of astronomy.

It's the first known example of a microquasar — a black hole that feeds off a nearby companion star and emits two powerful jets of material. Plus, at just 15,000 light-years away, it's relatively close to us.

And now, an international team of researchers has discovered something new about SS 433: it emits a type of electromagnetic radiation known as high-energy gamma rays. This new insight could help astronomers understand what's going on at the centers of galaxies, where huge quasars sometimes feed on many stars at once.

HAWC features more than 300 water tanks, each about 24 feet across. When gamma rays reach Earth's atmosphere from elsewhere in the universe, they cause showers of particles that hit the water in these tanks, causing shockwaves of light. Special cameras detect these, and from their recordings, researchers can pinpoint the source of the gamma rays.

For their study, published Wednesday in Nature, the team examined 1,017 days’ worth of HAWC data and determined that SS 433 was a source of gamma rays. Perhaps even more remarkably, they figured out that the rays were coming from the ends of the microquasars' jets — a source of gamma rays they'd never seen before.

“This new observation of high-energy gamma rays builds on almost 40 years of measurements of one of the weirdest objects in the Milky Way," said study co-author Segev BenZvi in an emailed press release. "Every measurement gives us a different piece of the puzzle, and we hope to use our knowledge to learn about the quasar family as a whole."

Of the roughly one dozen microquasars in the Milky Way, only two appear to emit high-energy gamma rays. The fact that the closest microquasar to Earth also emits these rays — and in a previously unknown way — could afford researchers a better way to study them, all while helping us get to know our favorite microquasar a little bit better.

More on HAWC: Earth Is Getting Hit by Too Much Antimatter, and Nobody Knows Why