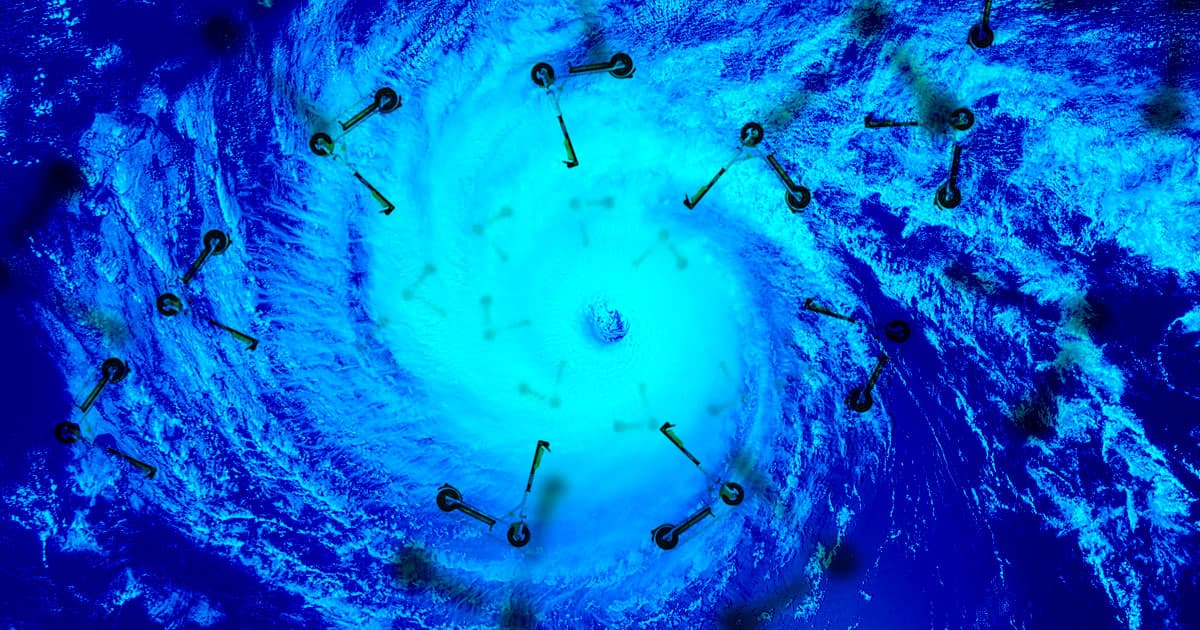 Miami Requests E-Scooters to be Removed to Avoid "Scooternado"

Flying scooters should be the least of Floridians' worries right now.

Flying scooters should be the least of Floridians' worries right now.

The city of Miami officially called for shared electric scooters to be removed from the streets on Thursday. And pronto — all scooters need to disappear by noon, Friday. That's because Category 3 hurricane Dorian, referred to as "a monster storm" by CNN, is destined to make landfall any time now.

For the uninitiated, Category 3 hurricanes are, in a word, massive. All of Florida was put under a state of emergency earlier this week. "It's going to impact the entirety of Florida, and residents need to be prepared," Acting FEMA Administrator Pete Gaynor said Friday morning on CNN's "New Day."

So a massive whirlwind of 45-pound Lime scooters whizzing through the air as Floridians are looking for shelter wouldn't necessarily be helpful. Ken Russell, Miami's City Commissioner of District 2, called it a potential "scooternado" in a Thursday tweet.

If Scooters Could Fly

Lime obliged to the request, and pulled its bicycles from major cities across Florida. The scooter sharing company has about 1500 e-scooters spread out across those cities, according to The Verge. Lyft claimed it will remove its hundreds of scooters from Miami's streets and secure them by the city's deadline, as CNET reported.

This isn't the first time a potential scooter hurricane held cities in Florida hostage. In 2017, Hurricane Irma caused Lime to pull its bike fleet from throughout the Sunshine State.

More on e-scooters: Hackers Can Access Your Electric Scooter While You're Riding It

Judge: Bitcoin is Not A Legitimate Currency
7. 26. 16
Read More
What is Happening
Elon Musk Sets His Twitter Account to Private
Yesterday
Read More
Fly Guy
Bird Advocates Horrified by Pigeon Dyed Pink For Gender Reveal Party
Yesterday
Read More
+Social+Newsletter
TopicsAbout UsContact Us
Copyright ©, Camden Media Inc All Rights Reserved. See our User Agreement, Privacy Policy and Data Use Policy. The material on this site may not be reproduced, distributed, transmitted, cached or otherwise used, except with prior written permission of Futurism. Articles may contain affiliate links which enable us to share in the revenue of any purchases made.
Fonts by Typekit and Monotype.