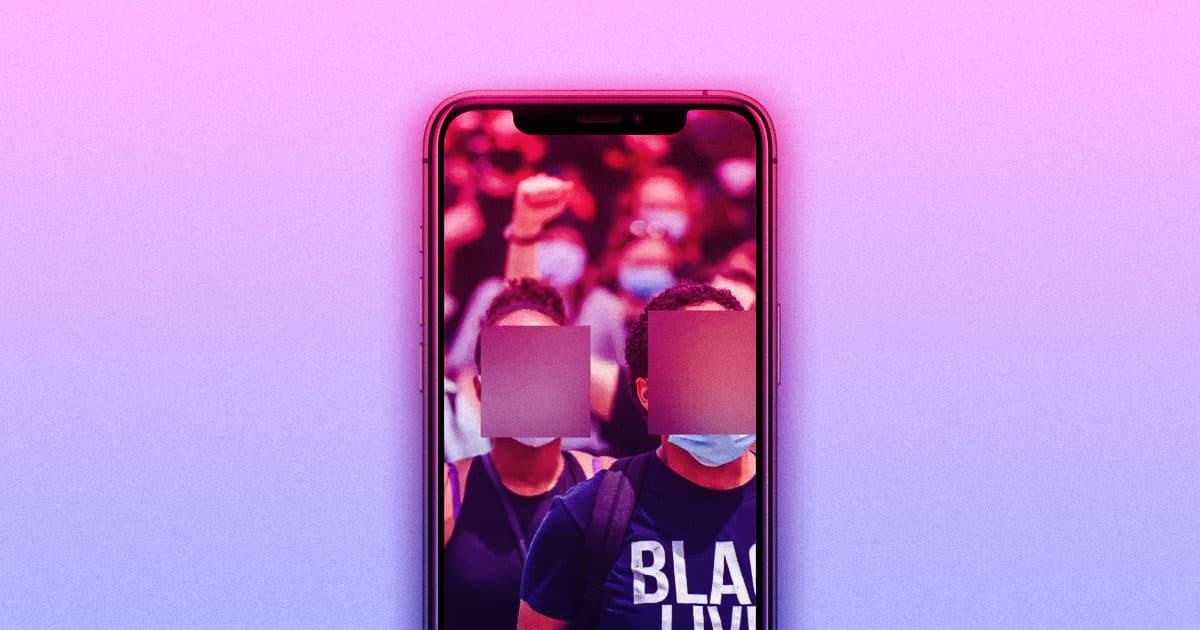 "One immediate thing seems clear: 2020 is a pretty good year to cover your face."

"One immediate thing seems clear: 2020 is a pretty good year to cover your face."

Encrypted messaging app Signal has announced a new tool that allows users to blur faces in pictures uploaded to the app from Android and iOS.

The announcement comes in support of the Black Lives Matter protests that have been occurring around the globe.

“At Signal, we support the people who have gone into the streets to make their voices heard,” Signal co-founder Moxie Marlinspike wrote in an official update.

“One immediate thing seems clear: 2020 is a pretty good year to cover your face,” Marlinspike added, referring to the fact that masks have also become commonplace during the ongoing coronavirus pandemic.

The feature allows users to blurs faces by tapping a “Blur” icon. The app can also manually blur other parts of the image.

Domestic surveillance has become a pressing topic as protesters have taken to the streets — and police have fought back with shocking displays of brutality. The news comes after the National Guard and law enforcement were found to be flying surveillance planes above protesters earlier this week.

That point isn’t lost on Signal. The company is now looking to distribute “versatile face coverings to the community free of charge,” according to the update.

Record numbers of new users have been flooding to Signal to safely and securely keep in touch following the protests.

Thanks Man!
After Sexual Allegations, Elon Musk Jets Off to Brazil
Friday
Read More
Notaverse
In Extremely Confusing Twist, Facebook Says It Isn’t Building a Metaverse After All
Friday
Read More
Smile!
Experts Alarmed by Zoom’s Tech for Detecting Users’ Emotions
Friday
Read More
+Social+Newsletter
TopicsAbout UsContact Us
Copyright ©, Camden Media Inc All Rights Reserved. See our User Agreement, Privacy Policy and Data Use Policy. The material on this site may not be reproduced, distributed, transmitted, cached or otherwise used, except with prior written permission of Futurism. Fonts by Typekit and Monotype.