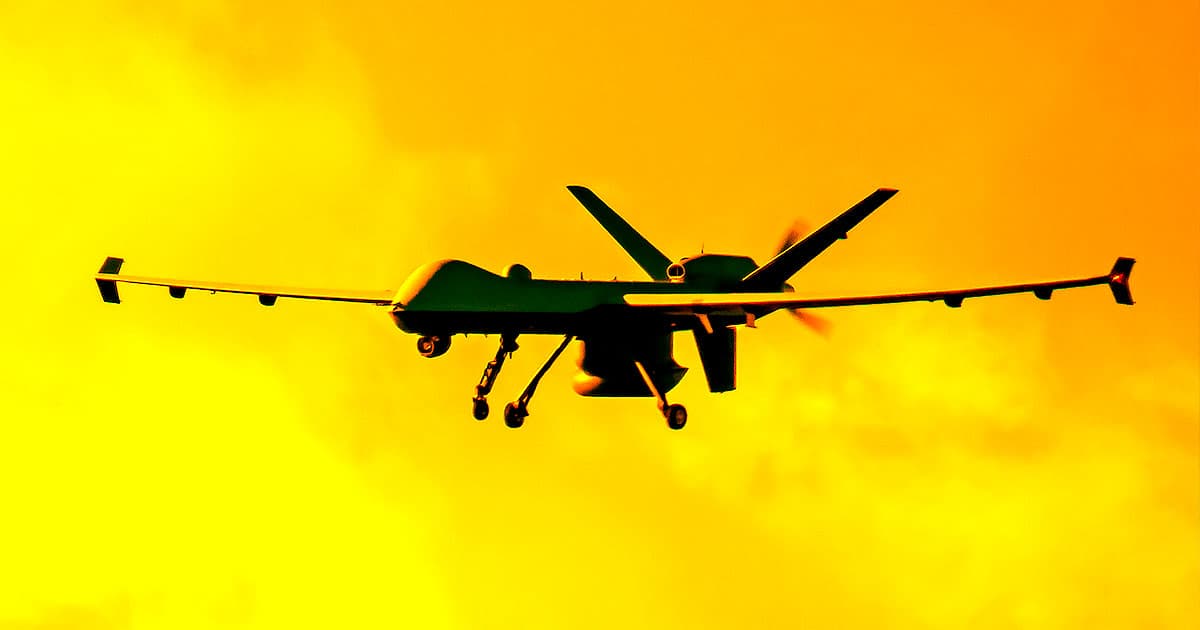 They even flew a Predator drone, often used to kill terrorists, over a Minneapolis protest.

They even flew a Predator drone, often used to kill terrorists, over a Minneapolis protest.

The National Guard and law enforcement are flying surveillance planes above protesters marching in solidarity of George Floyd, who was murdered by a Minneapolis police officer last month, Motherboard reports.

According to data obtained by Motherboard, a RC-26B reconnaissance airplane circled over Washington, DC Tuesday night. The plane carried night vision cameras and has been used to bust drug rings in Iraq and Afghanistan. It has also been used to assist during natural disasters.

"Multiple federal agencies are flying surveillance planes over protests, and it's likely that some of these planes are outfitted with a Dirtbox or similar technology," Martin Shelton, principal researcher at Freedom of the Press Foundation, told Motherboard. A Dirtbox is  device that can act like its a cell tower, thereby duping smartphones into giving up their physical location.

"What this means for protesters and journalists covering these events is that phone numbers, as well as voice calls and text messages, are likely being scooped up for analysis," Shelton added.

Just last week, US Customs and Border Protection flew an unarmed Predator drone over Minneapolis during protests. It appeared to fly over the city in a hexagonal pattern at 20,000 feet.

"No government agency should be facilitating the over-policing of the Black community, period," said Neema Singh Guliani, senior legislative counsel at the American Civil Liberties Union, in a statement.

"CBP's use of drones over the city of Minneapolis should be halted immediately," Singh added.

READ MORE: The Military and FBI Are Flying Surveillance Planes Over Protests [Motherboard]

More on surveillance: THE US GOVERNMENT IS SEIZING HUGE NEW SURVEILLANCE POWERS