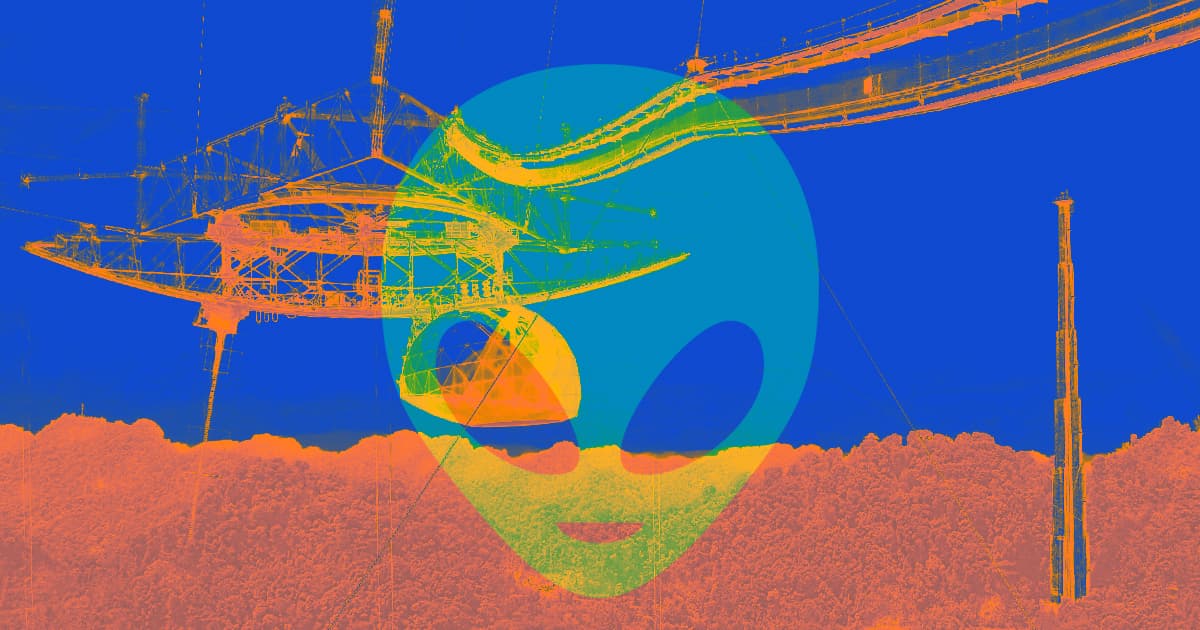 It won't be as easy as emailing a suggestion, though.

It won't be as easy as emailing a suggestion, though.

In October, we reported that scientists planned to craft an updated version of the Arecibo Message — a radio message sent into space 44 years ago to draw the attention of aliens — and they wanted the public's help deciding what the new message should be.

Now that you've had a couple of weeks to think about what you'd say to aliens if given the chance, here's how you can make your voice heard.

On Friday, the Arecibo Observatory (AO) posted details on the New Arecibo Message global challenge to its website.

According to the site, teams of 10 students in kindergarten through college can participate in the challenge, but doing so won't be as simple as emailing a proposed message to the AO.

The students will need to break coded messages, solve brain puzzles, and more at various points throughout the year in order to unlock details about the challenge, including instructions for registering their team and specifications for crafting their message.

These mini challenges will require each team to demonstrate knowledge of the AO, the scientific method, the space sciences, and other AO-related topics.

The AO will release the first part of the challenge on December 16, so students have just under a month to form their teams and get ready to put their knowledge of space to the test.

The challenge will continue for approximately nine months, with the AO declaring a winning team during a week-long event in October 2019 celebrating the observatory's 56th anniversary.

“We have quite a few surprises in store for participants and we will be sharing more details as the competition progresses,” AO Director Francisco Cordova said in a press release. “We can’t wait to see what our young people across the globe come up with.”

More on the Arecibo Message: Scientists Want Your Help Crafting a Message to Aliens