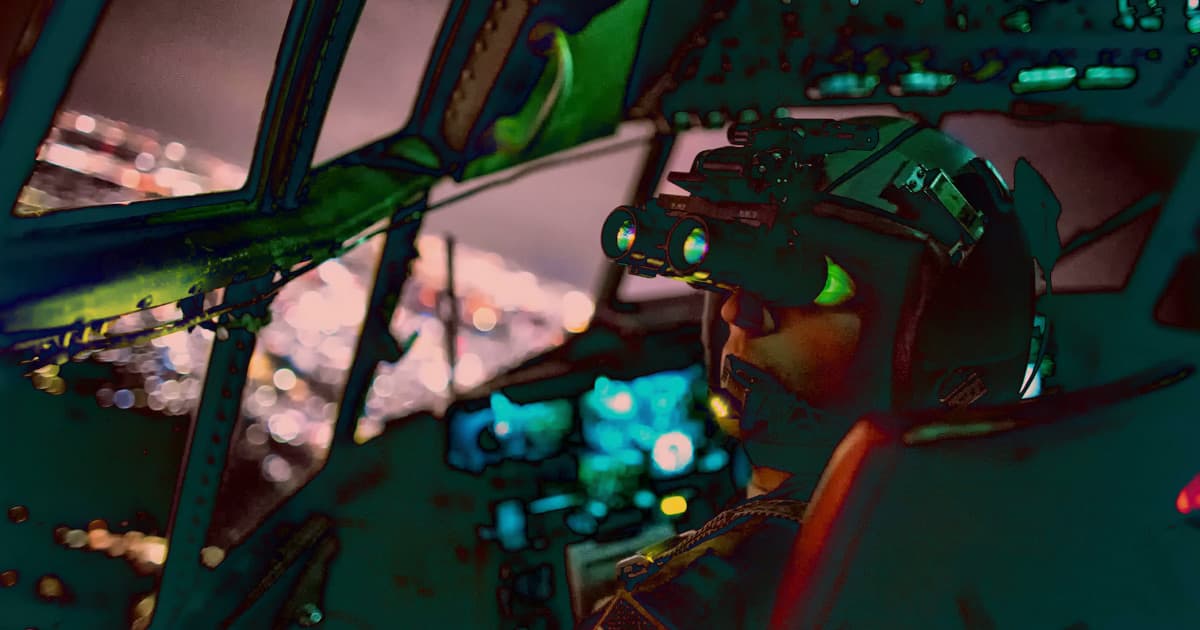 Get to the Choppah!!

This Material Makes You Invisible to Night-Vision Goggles

Remember the villain in the movie “Predator,” an alien that could stalk Arnold Schwarzenegger‘s character even in the dark of night using its thermal vision?

Well, good news for anyone in Arnold’s situation: Researchers at the University of California San Diego say they’ve built a “thermal camouflage” material. In other words, one that can hide from heat-detecting sensors — including nonfictional threats like infrared cameras and night-vision goggles.

The San Diego scientists published a paper about the material, appropriately, in the journal Advanced Functional Materials.

The material works by heating or cooling its exterior, using thermoelectric alloys, to match the exterior temperature, while keeping its inside a comfortable body temp.

There are still some kinks to work out. The material can only match temperatures between a cool 50 and 100 degrees Fahrenheit — and, needless to say, it won’t make you invisible to the naked eye.

And it sounds like an even bigger problem is energy consumption. The researchers want to create an entire jacket that’s invisible to night vision, but they say its battery would only last about an hour.