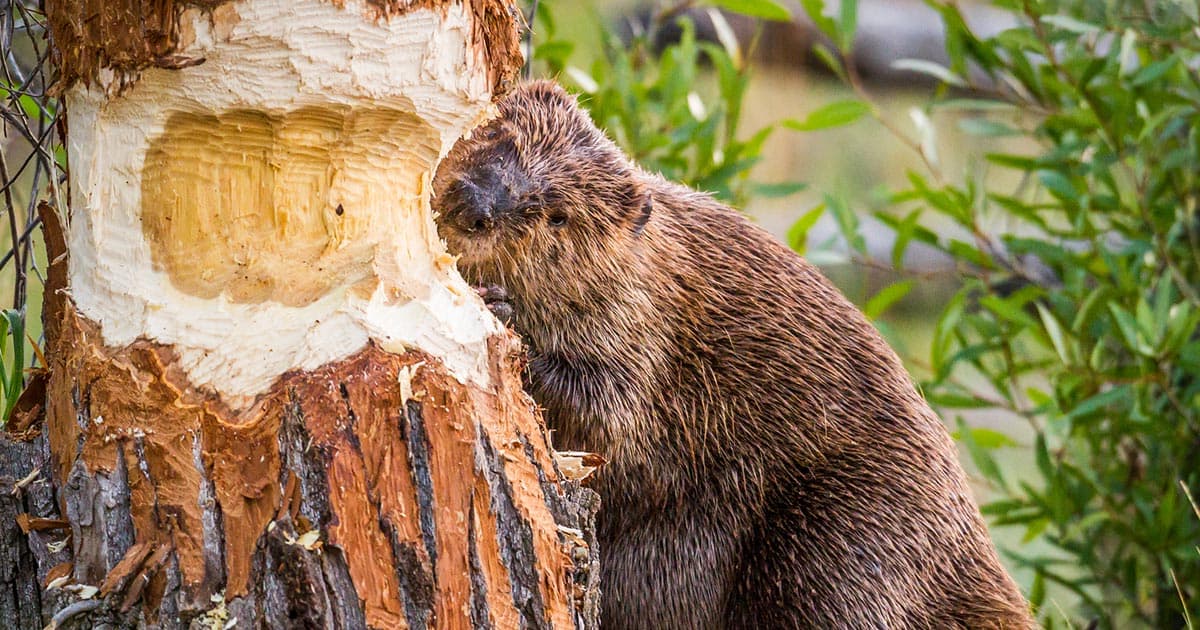 Yet another "bizarre and uniquely Canadian turn of events."

Yet another "bizarre and uniquely Canadian turn of events."

A marauding beaver has plunged several small towns into an internet blackout in northern British Columbia, Canada, after chewing through the base of an aspen tree, CTV News reports.

The downed tree damaged electricity and fiber-optic lines, plunging some customers into a blackout — and cutting many more off from the internet.

It's not even the first time a beaver has been blamed for taking out the internet in the frozen north. Last April, almost 1,000 customers lost service for almost an entire day after a different beaver chewed through a different fiber optic cable.

At the time, a spokesperson for internet service provider Telus called the incident a "bizarre and uniquely Canadian turn of events," the CBC reports.

Canadian sure, but maybe scratch the "unique."

This time around, cleanup crews discovered tooth marks at the bottom of the felled tree, leading them to believe beaver may have been the culprit.

"It's unusual, but it does happen every once in a while, Bob Gammer, an official from provincial electricity operator BC Hydro, told CTV News. "So I wouldn't be a rich man if I had a nickel for every beaver outage, but they do happen."

Local utilities company CityWest is already working on a more permanent solution to ensure a beaver won't be able to take out the internet again. The plan is to lay a second fiber optics line at the bottom of the ocean along the Vancouver coast.

"So if a tree goes down again, we will all still have internet through the line coming in from the ocean," Lee Brain, mayor of the nearby town of Prince Rupert, told CTV.

More on beavers: The US Government Is Killing 200 Animals Every Hour