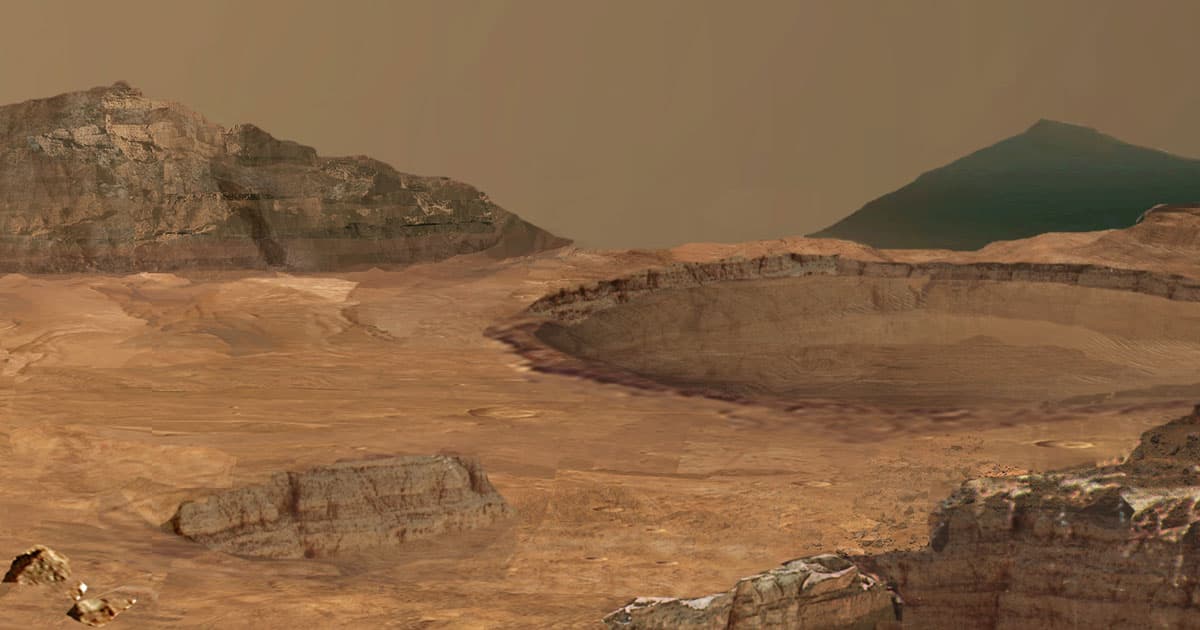 And you can check them out here.

And you can check them out here.

At least, that's according to a new NASA website that beams data on Martian weather from the space agency's InSight lander on the Red Planet straight to your web browser — a striking example of how technology is making Mars more accessible than ever.

NASA isn't just using data from the InSight lander to satisfy online curiosity about Martian weather. According to a Cornell blog post announcing the new weather reports, the data is also already adding to scientists' understanding of the Red Planet's weather systems.

"Since the lander is close to the equator, I didn’t think we’d see any evidence of the storms that are 60-degrees north latitude, but we’re already seeing evidence of the high and low pressure-signal waves that create weather on Mars," Don Banfield, the mission lead for InSight's meteorological sensors, said in the post. "We can see those waves all the way down near the equator, as the waves are big enough that they have a signature. That was a surprise."

"For our mission, [the lander's meteorological sensors] will help us filter out noise in our data and know when we’re seeing a Mars quake and when we aren’t," Banfield said. "But by operating continuously, we’ll also see a more detailed view of the weather than most surface missions, which usually collect data for just a few hours at a time."

READ MORE: You Can Now Check the Weather on Mars Every Day [Gizmodo]