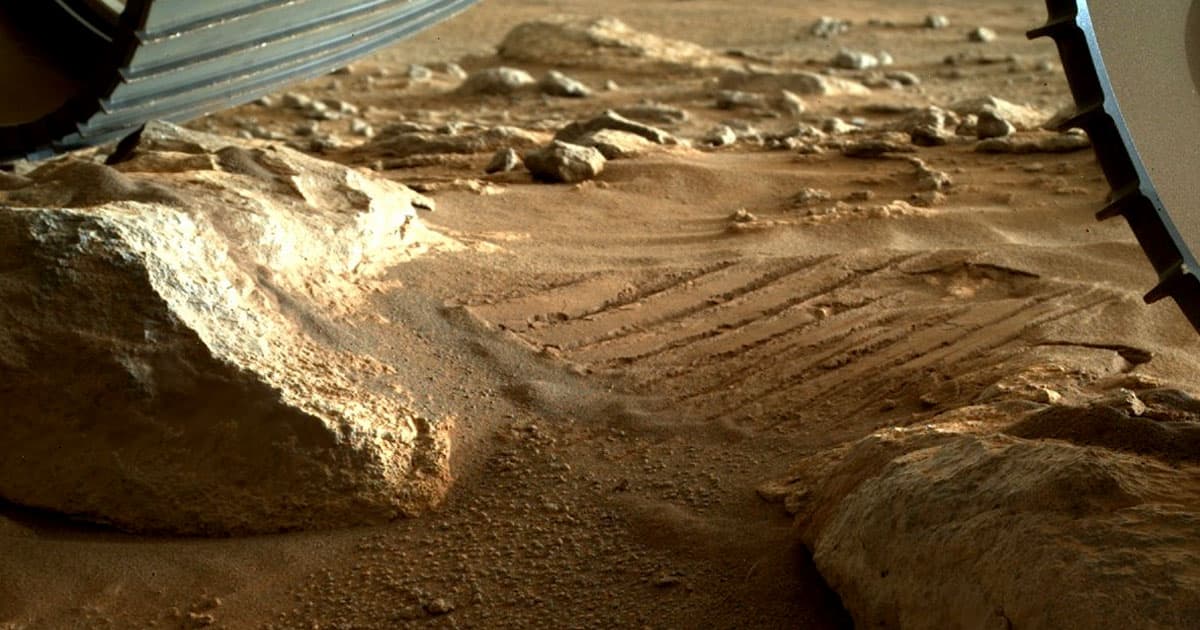 "When you run into a challenge, sometimes it's best to step back and shake it off."

"When you run into a challenge, sometimes it's best to step back and shake it off."

NASA's Perseverance Mars rover has many talents. This week, for instance, it did a little shimmy to loosen yet another pair of pebbles blocking its sample collection instrument.

"When you run into a challenge, sometimes it's best to step back and shake it off," wrote the rover's Twitter account on Tuesday. "I reversed up onto some nearby rocks to get tilted, and did a twist with one foot. Somewhere along the way I've shaken loose the other two pebbles in my sampling system."

The news comes a week after Perseverance managed to dislodge some of the rock fragments that had accumulated inside its "bit carousel," the machine that transfers samples from the rover’s drill arm to storage inside the body.

After that maneuver, though, two pesky pieces of rock stayed behind. Fortunately, those have also been dislodged now, thanks to the rover's latest efforts.

The Perseverance team at NASA's Jet Propulsion Lab also decided at the time to completely empty out the rover's sample tube by using the drill bit's percussive power. In other words, it literally shook bits of remaining sample out of the tube by pointing it at the ground below.

But following Perseverance's shimmying and shaking, that sample has been unceremoniously returned to the Martian surface, as recorded by the rover's Mastcam-Z camera.

Two steps forward, one step back — it's only a matter of time until the versatile rover is back in action, preparing rock samples for a future return mission.

"Back to sampling Mars soon!" the rover promised in its tweet.