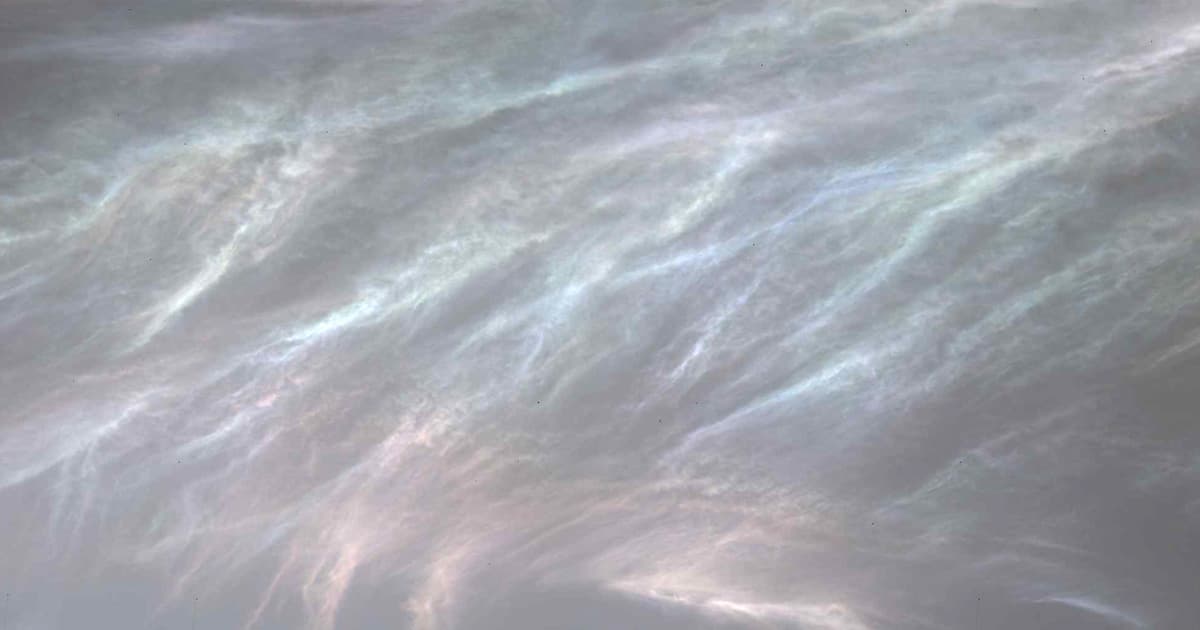 "I always marvel at the colors that show up: reds and greens and blues and purples."

"I always marvel at the colors that show up: reds and greens and blues and purples."

NASA's Curiosity Mars rover has taken a series of photographs of gorgeous multicolored clouds, shimmering in the evening Sun on Mars.

The images could help scientists understand when, how, and why clouds form in the Martian sky — and, needless to say, it's also just a beautiful shot.

Clouds work a differently on Mars. Thanks to the planet's extremely thin and dry atmosphere, clouds were only believed to appear near the Red Planet's equator when the planet is farthest from the Sun in its year-long orbit.

Until now, scientists only forecast cloudy days on Mars during this period. Curiosity, however, made an unusual discovery back in 2019, spotting clouds much earlier and higher in the sky than expected, according to NASA.

That means the Curiosity team at NASA's Jet Propulsion Lab was able to get ahead of the event this time around and point the small rover's camera at the sky in late January in anticipation.

The effect, experts believe, is due to freezing temperatures causing ice crystals to form in the sky, where they scatter sunlight, causing them to shimmer, an effect scientists call "mother of pearl."

"If you see a cloud with a shimmery pastel set of colors in it, that’s because the cloud particles are all nearly identical in size," said Mark Lemmon, atmospheric scientist at the Space Science Institute in Boulder, Colorado, in a NASA statement.

Clouds usually hover below 37 miles in the Martian sky. The clouds spotted by Curiosity, though, were at a higher altitude, suggesting they were made of even colder stuff: carbon dioxide or dry ice, according to NASA.

Scientists however aren't still entirely sure which clouds are made of ice or carbon dioxide crystals.

"I always marvel at the colors that show up: reds and greens and blues and purples," Lemmon said in the statement. "It’s really cool to see something shining with lots of color on Mars."

More on Curiosity: NASA’s Curiosity Mars Rover Is Designed to Tear Off Its Own Wheels