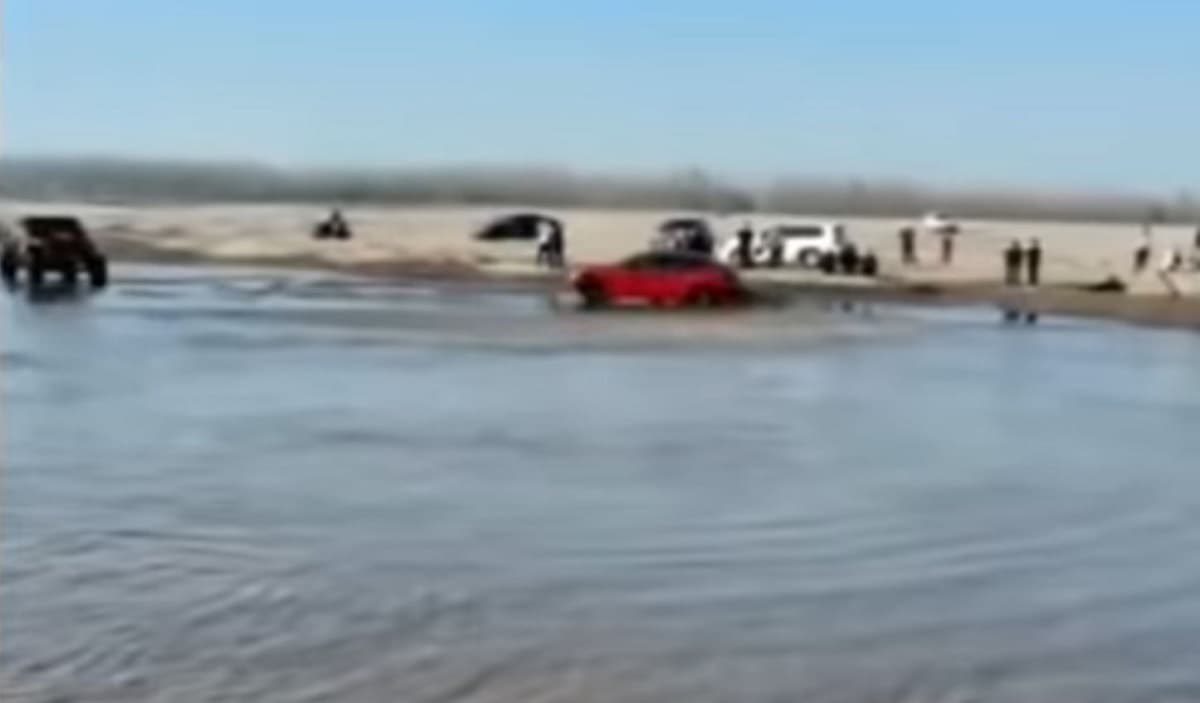 Watch This Maniac Drive His Tesla Through the Ocean

One brave Tesla owner took what appears to be a red Model 3 off-road this week, posting a video of the car driving around a beach. At first the water is shallow, but the driver slogs through hood-deep water pretty easily halfway through the short 30-second clip.

It's unclear whether the driver is the owner of the YouTube channel that posted the clip. The Tesla is also surrounded by cheering viewers, a handful of other vehicles, and a small crowd in what appears to be some kind of friendly meetup.

The YouTube channel, called "Wu Wa," is dedicated to information about the Shanghai location and says the channel owner is based in Japan.

Most videos feature drone shots taken over the Shanghai facility, so it's not clear if the poster is an employee or just a dedicated Tesla superfan.

Although the Model 3 seems to handle the water just fine, the clip is short and doesn't show the aftermath of the all-terrain expedition.

While the aquatic adventure does look fun, we're not sure we'd recommend driving your Tesla through the ocean any time soon. If the channel is run by a Tesla employee, it's possible they were just showing off for the benefit of their employer — which would explain the vid's friendly title, "Tesla's amazing performance."

More on ocean-inspired Teslas: Elon Musk Says Cybertruck Will Be Able to Drive Sideways like 'A Crab'