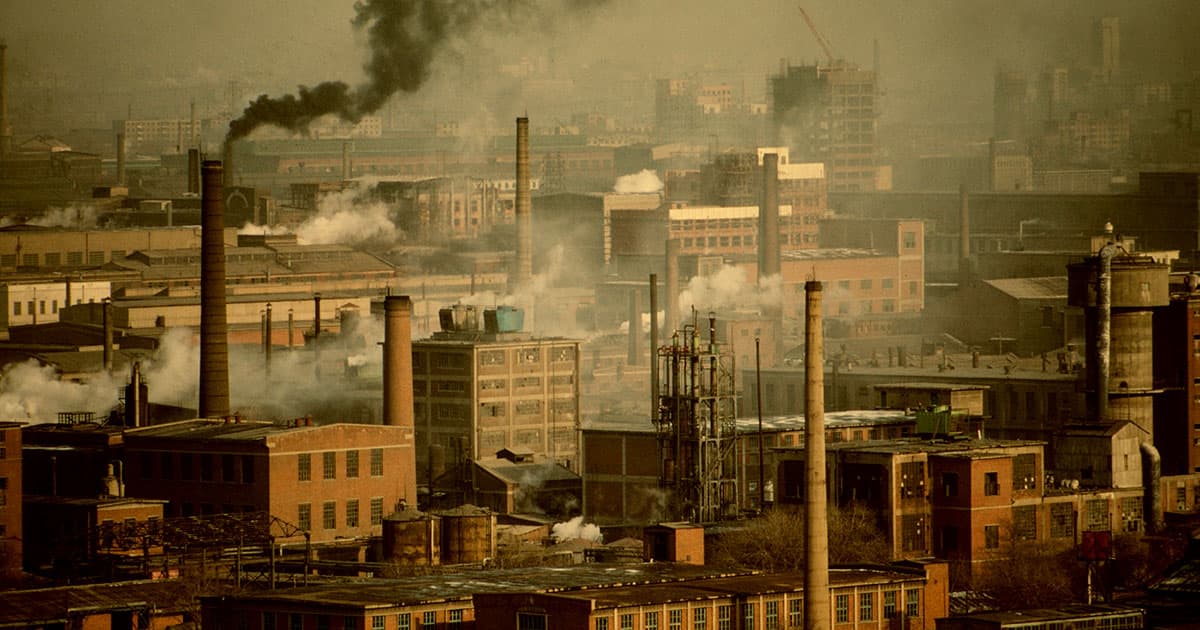 Yoga Teachers Furious Over Lululemon's Use of Environment-Destroying Factories

The Lululemon yoga company manufactures much of its expensive workout wear in coal-powered factories — and its stans are royally irked about it.

In an open letter to lululemon chairman Glenn Murphy, nearly 1,700 yoga teachers and students are urging the high-end athleisure company to "practice what you preach" by committing to phase out the use of coal plants and use renewable resources only by the year 2030.

Though the company claims its goods are "designed by yogis" and offers up an aesthetic of mindfulness and global community, the open letter posted on a grassroots activism website notes that "almost half of the energy powering Lululemon factories comes from burning coal," and moreover that those factories are particularly harmful to the people in the Asian countries where the facilities are located.

"Lululemon’s reliance on coal as a source of energy is extremely harmful to people and the environment," the letter reads, "particularly in countries like Vietnam, Cambodia, China, Sri Lanka, and Bangladesh, where its products are made."

Although the yoga company that serves as Olympic Team Canada's official clothing supplier committed earlier this year to reducing its emissions, the letter alleges that its emission rate has actually increased as the company goes after "rapid growth."

"In order for the company to meet the Paris agreement targets," the letter adds, "Lululemon has to take immediate action to phase out coal and other fossil fuels from its supply chain."

Lululemon has not yet issued a response to the call for renewable energy or allegations about its increased emissions since the open letter was issued, and Futurism has reached out to the company for comment.

While it's not at all unusual for corporations to use coal-powered factories abroad to make their goods, some forward-thinking companies have begun to walk the walk.

Compared to Patagonia, which made headlines this week because its onetime-billionaire CEO quite literally gave away the company in his own efforts to fight climate change, Lululemon's arguable hypocrisy seems especially potent.

There's no telling if this kind of consumer campaign will work on the high-end yoga clothier, but at very least it's worth a shot.

And now for some good climate news: Companies Are Turning Coal Plants Into Solar Farms