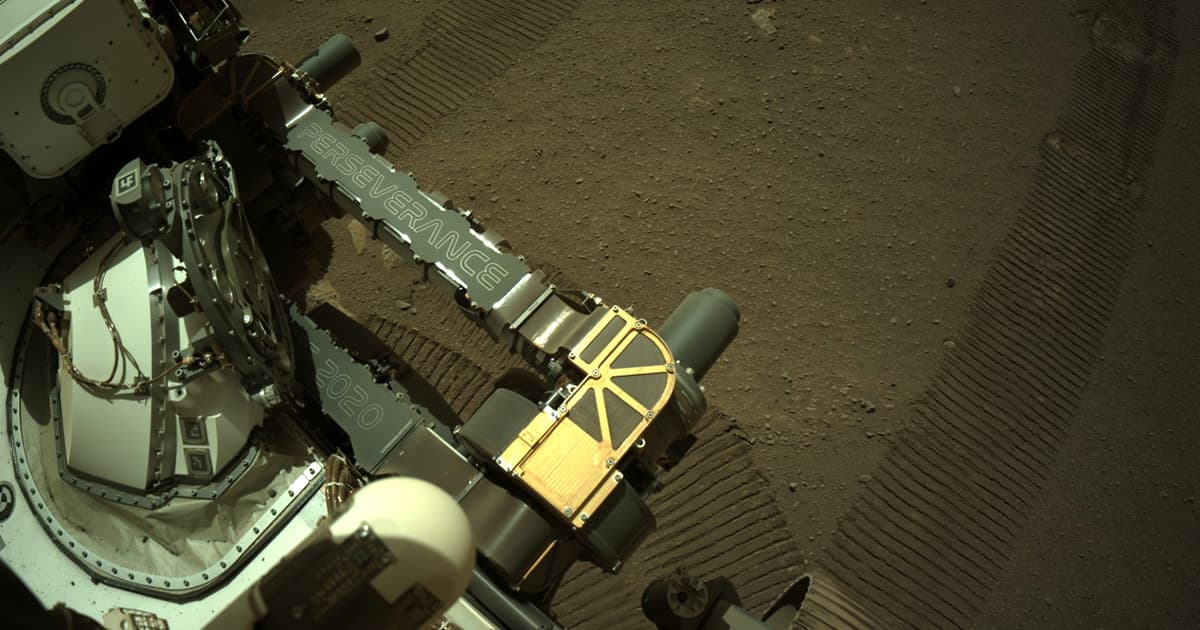 "If I heard these sounds driving my car, I'd pull over and call for a tow."

"If I heard these sounds driving my car, I'd pull over and call for a tow."

NASA has released yet another microphone recording, sent all the way from Mars.

The latest audio, courtesy of the agency's Perseverance rover, includes the bonks, screeches, and rattles of the robot's six wheels as they make their way over the Red Planet's rocky terrain.

"A lot of people, when they see the images, don't appreciate that the wheels are metal," said Vandi Verma, an engineer at NASA's Jet Propulsion Laboratory tasked with driving the rover, in a statement. "When you're driving with these wheels on rocks, it's actually very noisy."

The 16 minutes of incredible, first-of-a-kind sounds of a rover moving on Mars were taken by the rover's entry, descent, and landing (EDL) microphone, which still miraculously works after the rover's plummet towards the Martian surface on February 18.

"If I heard these sounds driving my car, I'd pull over and call for a tow," said lead engineer for the EDL system Dave Gruel. "But if you take a minute to consider what you're hearing and where it was recorded, it makes perfect sense."

Previously, Perseverance has also blessed us with recordings of Martian winds and the sound of its laser impacting a nearby rock.

It's the first time an actual microphone has been used to make recordings on the surface of Mars. NASA has tried to send microphones to Mars on a number of occasions in the past, but they all have either failed or never turned on.