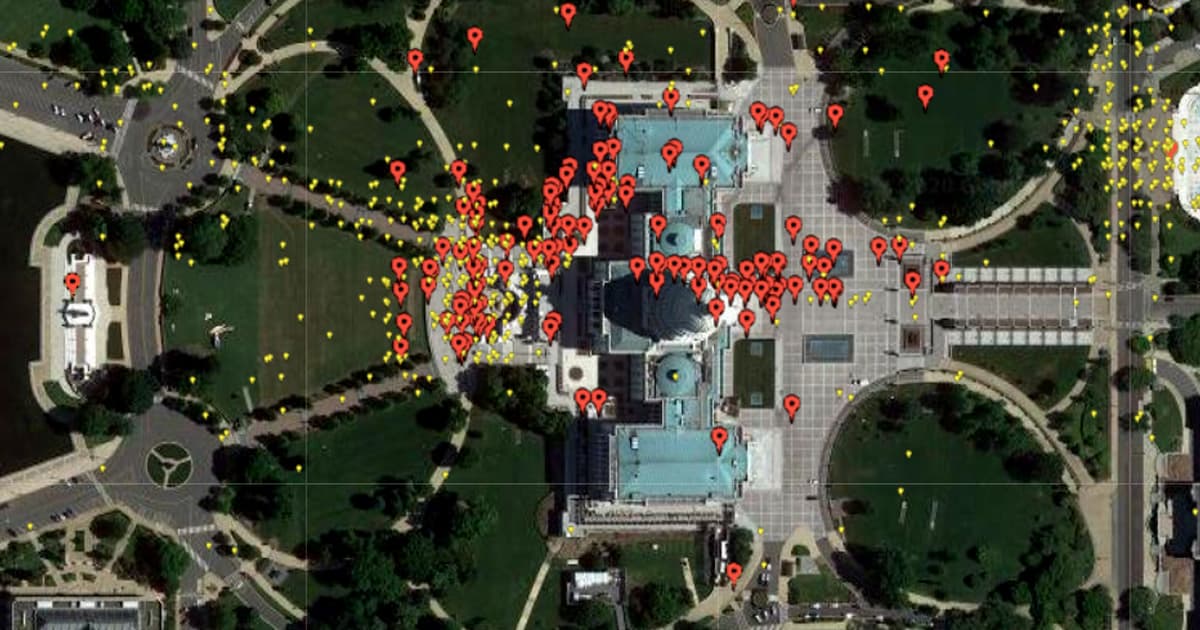 Parler was supposed to be the pro-Trump social network. Now it's helping the FBI investigate his supporters.

Parler was supposed to be the pro-Trump social network. Now it's helping the FBI investigate his supporters.

A developer who goes by the pseudonym Patr10tic has taken the extensive amount of data that was uploaded to the right-wing extremist social network Parler during the deadly Capitol riots on January 6 and turned it into an interactive map, as Motherboard first reported.

The project, dubbed "Y'all Qaeda," maps extensive quantities of photos and videos thanks to their included GPS coordinates, all of which were easily accessible to the public following a significant data leak — and shows that the mob penetrated deep into the Capitol building.

Very few security precautions were in place to ensure the anonymity and availability of the data uploaded to the platform, researchers have found in the wake of the riot.

Hackers like Patr10tic were able to scrape more than 50 terabytes of data before Amazon's web hosting services decided to pull the plug entirely.

"About half of the metadata I have I got from the source before the leak occurred," Patr10tic told Motherboard.

"I didn't need terabytes and terabytes of videos, just the ones on the capitol grounds, so I sorted through the gps coordinates based on proximity, and obtained the video IDs for just those files," Patr10tic added. "Then I downloaded them from a mirror that someone else is hosting."

The interactive map gives us an unprecedented account of what happened that fateful day. Even without plotting the media via GPS location data, law enforcement has been able to identify and promptly arrest several key organizers and white supremacists who attended the attempted coup.

In fact, according to the latest reports, Parler itself has been aiding the FBI with identifying at least one person involved in the coup, according to an affidavit obtained by Business Insider.