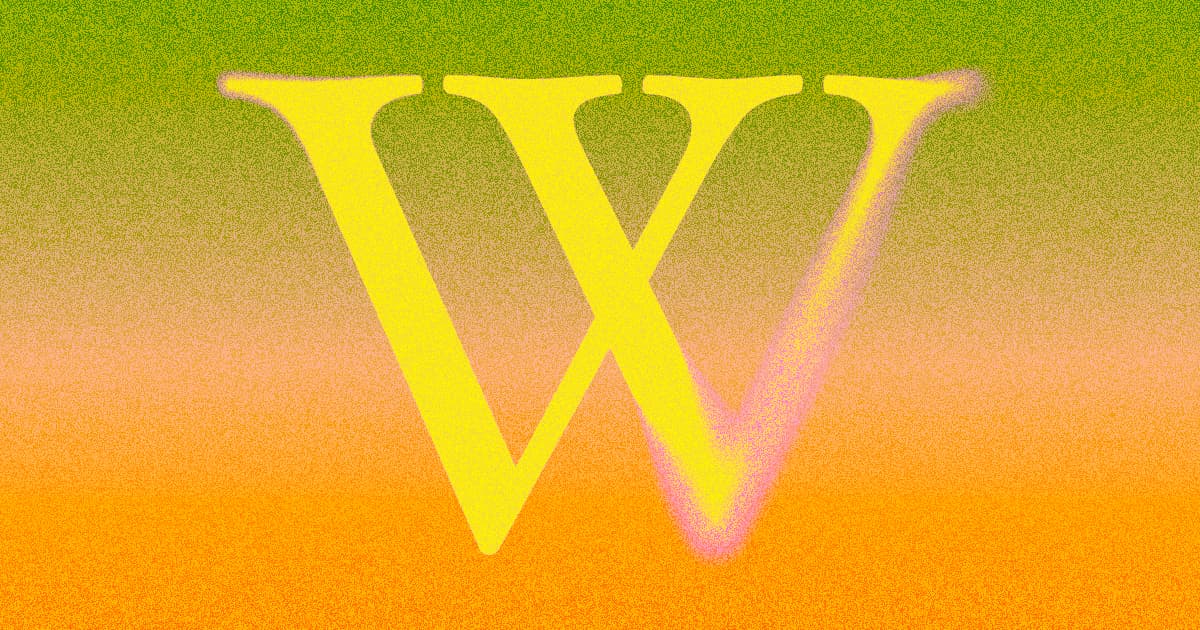 "Can you trust it to always give you the truth? Well, it depends on what you think the truth is."

"Can you trust it to always give you the truth? Well, it depends on what you think the truth is."

Wikipedia cofounder Larry Sanger recently shared some harsh words about his own creation.

Much like every teacher you've ever had, Sanger warned in an interview with Lockdown TV that Wikipedia cannot be relied upon as a reliable source of the truth. Though he seemed to defend the original vision of Wikipedia as an accessible "open-source" project, Sanger said that Wikipedia, as it exists today, provides a "reliably establishment point of view on pretty much anything."

"Can you trust it to always give you the truth? Well, it depends on what you think the truth is," Sanger said.

To make his case, Sanger criticized the Wikipedia page about US President Joe Biden.

“The Biden article, if you look at it, has very little by way of the concerns that Republicans have had about him," Sanger told Lockdown. "So if you want to have anything remotely resembling the Republican point of view about Biden, you’re not going to get it from the article."

He argued that there ought to be at least a paragraph dedicated to Biden's Ukraine scandal from the 2020 Presidential election as an example of how Biden's page "reads like a defense counsel's brief."

As of press time, it's worth noting, there are two paragraphs on the Ukraine controversy and its political implications in Biden's Wikipedia page. That section was edited on July 18, four days after Sanger's interview. But the only change was a consolidation of everything that already referenced Ukraine in the article into the same paragraph — in this case a sentence clarifying that there was no evidence of wrongdoing on Biden's part — rather than anything new being added in.

Regardless of your thoughts on American politics, Sanger does raise the important issue that Wikipedia is built on a certain degree of trust — and that the rich and powerful are incentivized to try to alter their Wikipedia pages to give a rosier portrayal.

Sanger also pointed to marketing firms that write or edit specific articles to control public perception of their clients.

"Wikipedia is known now by everyone to have a lot of influence in the world," Sanger said. "So there’s a very big, nasty, complex game being played behind the scenes to make the article say what somebody wants them to say."

READ MORE: Nobody should trust Wikipedia, says man who invented Wikipedia [The Independent]

A New Browser Plug-In Lets You Access Millions of Scientific Papers for Free
4. 25. 17
Read More
This Remarkable Wikiverse Lets You See Like Never Before
8. 19. 16
Read More
Vatican Vagrant
Elon Musk Takes Flabbergastingly Awkwardly Picture With the Pope
Yesterday
Read More
+Social+Newsletter
TopicsAbout UsContact Us
Copyright ©, Camden Media Inc All Rights Reserved. See our User Agreement, Privacy Policy and Data Use Policy. The material on this site may not be reproduced, distributed, transmitted, cached or otherwise used, except with prior written permission of Futurism. Fonts by Typekit and Monotype.