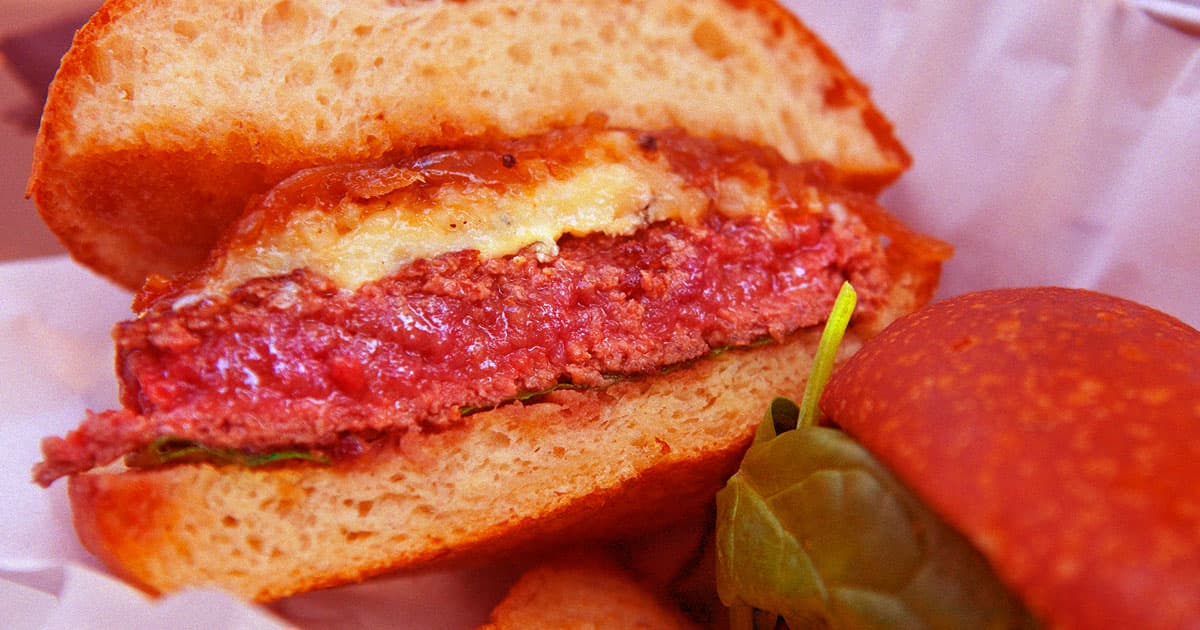 Lab-grown meat — the proteinous blobs of ersatz flesh that perpetually seem to be about 18 months from grocery store shelves — is often touted as a way of feeding a meat-hungry world without the cruelty of factory farms.

Maybe not, though. In reality, it turns out that many lab-grown meat products actually contain a shocking amount of blood. More specifically, they often rely on fetal bovine serum (FBS), or blood taken from unborn cow fetuses, Mother Jones reports.

FBS contains vital proteins needed to help grow and replicate animal cells in lab environments. As such, it still has the potential to create tasty lab-grown meat in a mostly slaughter-free way — but it's not clear whether that'll be good enough for the entirety of its target market.

That inconvenient factoid presents several issues for lab-grown meat companies. First, it still requires the death of an animal — which makes any product that uses FBS decidedly not vegan-friendly or slaughter-free, running counter to customer expectations.

The second issue is that FBS is expensive, and outrageously so. In fact, it sells for upwards of around $1,000 per liter. This means that companies using the serum would need to sell their meat for roughly $200,000 per pound just to break even, according to Mother Jones.

To solve these issues, lab-grown meat companies are searching high and low for an effective FBS substitute. However, this presents its own set of huge challenges.

"A whole new supply chain would need to be formed," Christina Agapakis, a synthetic biologist who serves as creative director at biotech firm Ginkgo Bioworks, told the magazine. "And a lot of innovation in the biological manufacturing space will need to happen to make that possible."

Despite its cost, though, many believe that creating a commercially-viable alternative to meat is still crucial to the existential problems facing the world due to anthropogenic climate change. Meat consumption is a massive driver of greenhouse gas emissions,after all.

The question is whether scientists will be able to get there without making significant concessions.