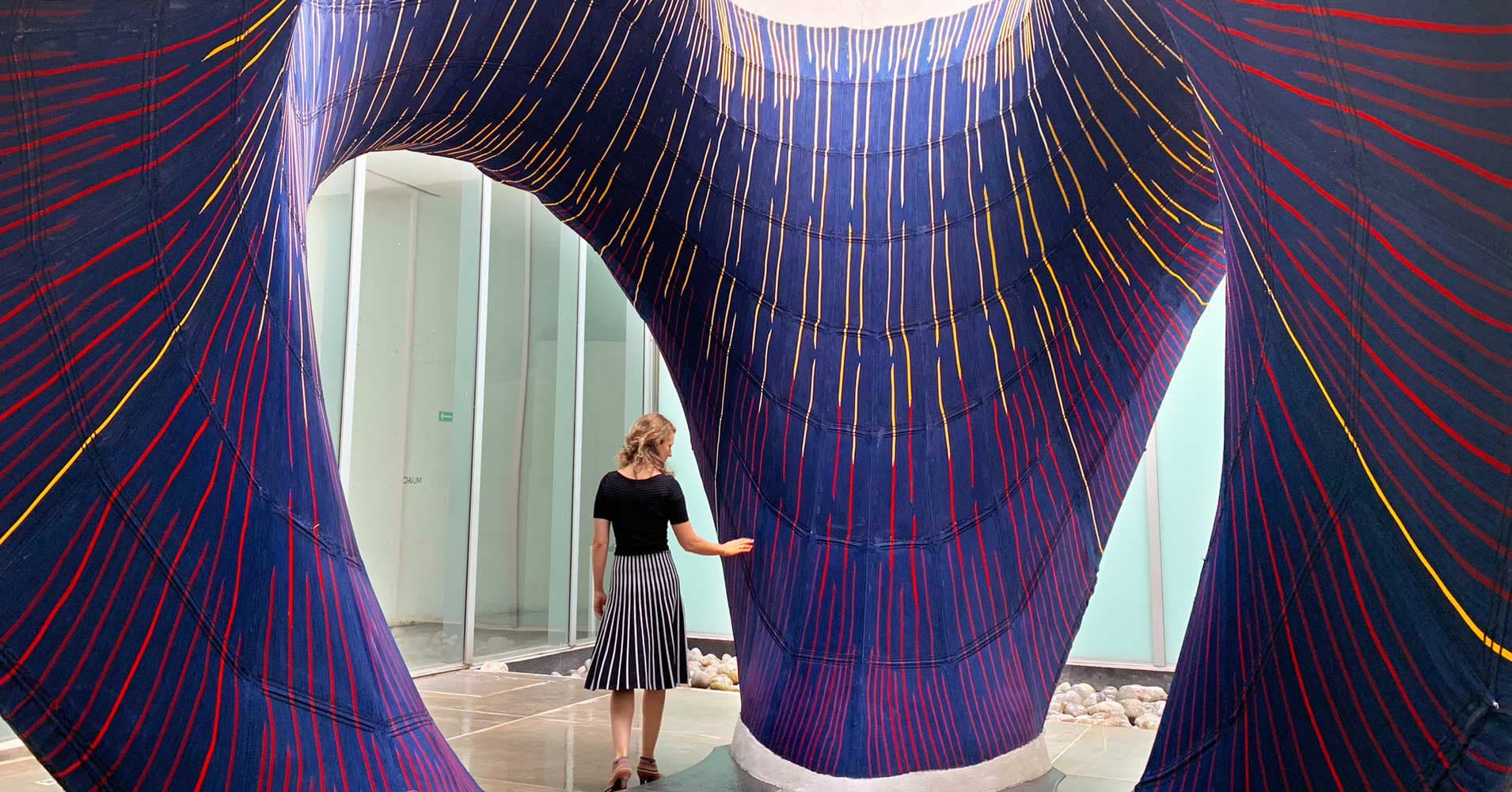 Textiles could give builders materials with previously unattainable levels of flexibility.

Textiles could give builders materials with previously unattainable levels of flexibility.

Forget scarves and mittens. Soon, we might be able to knit entire buildings.

A team from the Swiss university ETH Zurich has developed a technique that allows them to knit textiles that can then form the scaffolds for large concrete structures. As a proof of concept, they created a 13-foot-tall architectural structure that's now on display in Mexico City.

To create this curvaceous knitted concrete structure, the team started by using an industrial knitting machine to produce the textile that serves as its basis. This process produced just four long strips of fabric and took about 36 hours.

After transporting the textile to Mexico City, they fitted it over a steel cable-net and a temporary frame, inserting balloons into pockets in the fabric to give it its desired shape. Then they sprayed the structure with a specially formulated concrete mixture. After that hardened, they applied fiber-reinforced concrete.

While the textile and net weighed a total of just 121 pounds, they were able to support 5.5 tons of concrete.

The Mexico City structure marks the first use of this knitting technique to create a structure on an architectural scale, but it might not be the last.

"Knitting offers a key advantage that we no longer need to create 3D shapes by assembling various parts," said developer Mariana Popescu in a press release. "With the right knitting pattern, we can produce a flexible formwork for any and all kinds of shell structures, pockets, and channels just by pressing a button."

More on concrete: Scientists Have Created a Concrete Roof That Generates Solar Power

Warped Tour
Professor Believes Door to Warp Drive May Lie With Ethylene Glycol
9:11 PM
Read More
Horrible Geese
Furious Geese Are Defeating Humans, Scientists Find
12. 4. 22
Read More
Quacks Like a Duck
Those Headlines About Scientists Building a Wormhole Are Total Nonsense, People
12. 1. 22
Read More
+Social+Newsletter
TopicsAbout UsContact Us
Copyright ©, Camden Media Inc All Rights Reserved. See our User Agreement, Privacy Policy and Data Use Policy. The material on this site may not be reproduced, distributed, transmitted, cached or otherwise used, except with prior written permission of Futurism. Articles may contain affiliate links which enable us to share in the revenue of any purchases made.
Fonts by Typekit and Monotype.