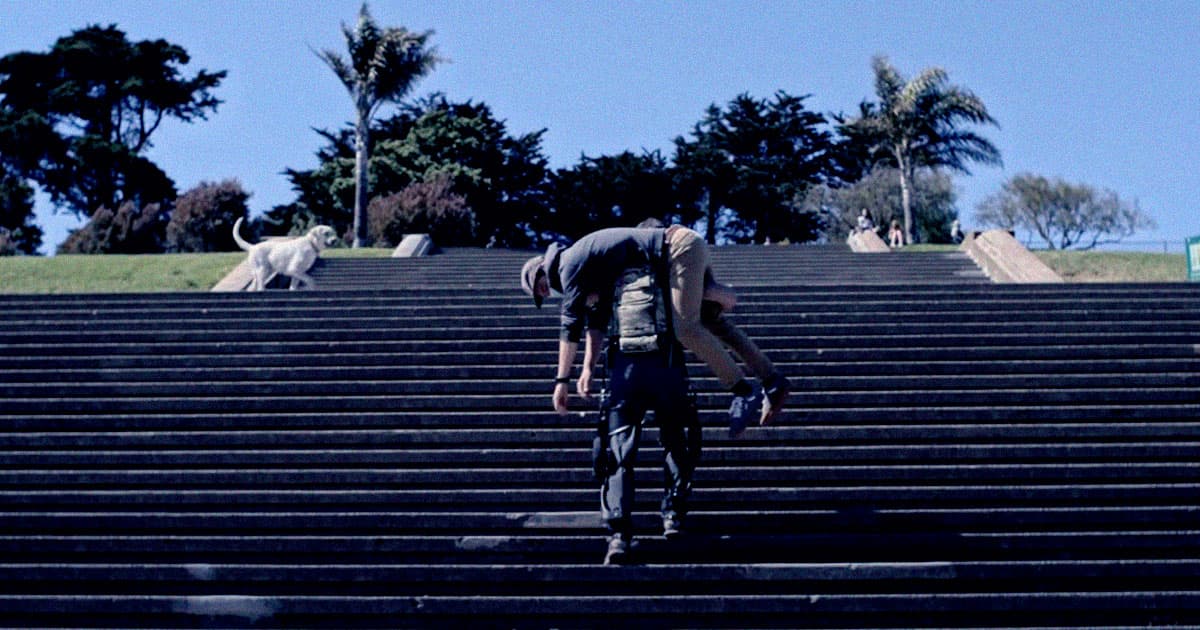 The ultimate upgrade for anybody with bad knees.

The ultimate upgrade for anybody with bad knees.

Spring in His Step

As Rose explains in the clip, he's had difficulties with his knees. But with the Roam's Forge knee brace, he was able to carry the video's producer in a fireman's carry up several flights of stairs, while barely breaking a sweat — an extraordinary demonstration of how far the technology has come, nevermind where it might be headed.

Rose was also able to jump from a high platform with 50 pounds of weight on his shoulders, something he explained would have landed him in months of physical therapy if it weren't for the exoskeleton deftly softening the impact.

The test was meant to simulate the impacts of being on a speed boat during high seas, an experience that can involve a ton of harsh G forces.

The device has its limits, however, particularly when it's not used for its intended purpose. While technologically impressive, the Forge brace didn't allow Rose to dunk a basketball, as he found out to his dismay.

"I was wrong to believe that I could fly and I feel stupid now," a disappointed Rose said in the video.

More on exoskeletons: Engineer Builds Voice-Controlled Exoskeleton So His Son Could Walk

Paralyzed Man Uses Exoskeleton to Run Race for Policy Change
4. 12. 17
Read More
Can Science Transform Us Into Superheroes?
3. 22. 17
Read More
A New Robotic Exoskeleton for Paraplegics Is on Its Way
3. 17. 16
Read More
+Social+Newsletter
TopicsAbout UsContact Us
Copyright ©, Camden Media Inc All Rights Reserved. See our User Agreement, Privacy Policy and Data Use Policy. The material on this site may not be reproduced, distributed, transmitted, cached or otherwise used, except with prior written permission of Futurism. Articles may contain affiliate links which enable us to share in the revenue of any purchases made.
Fonts by Typekit and Monotype.