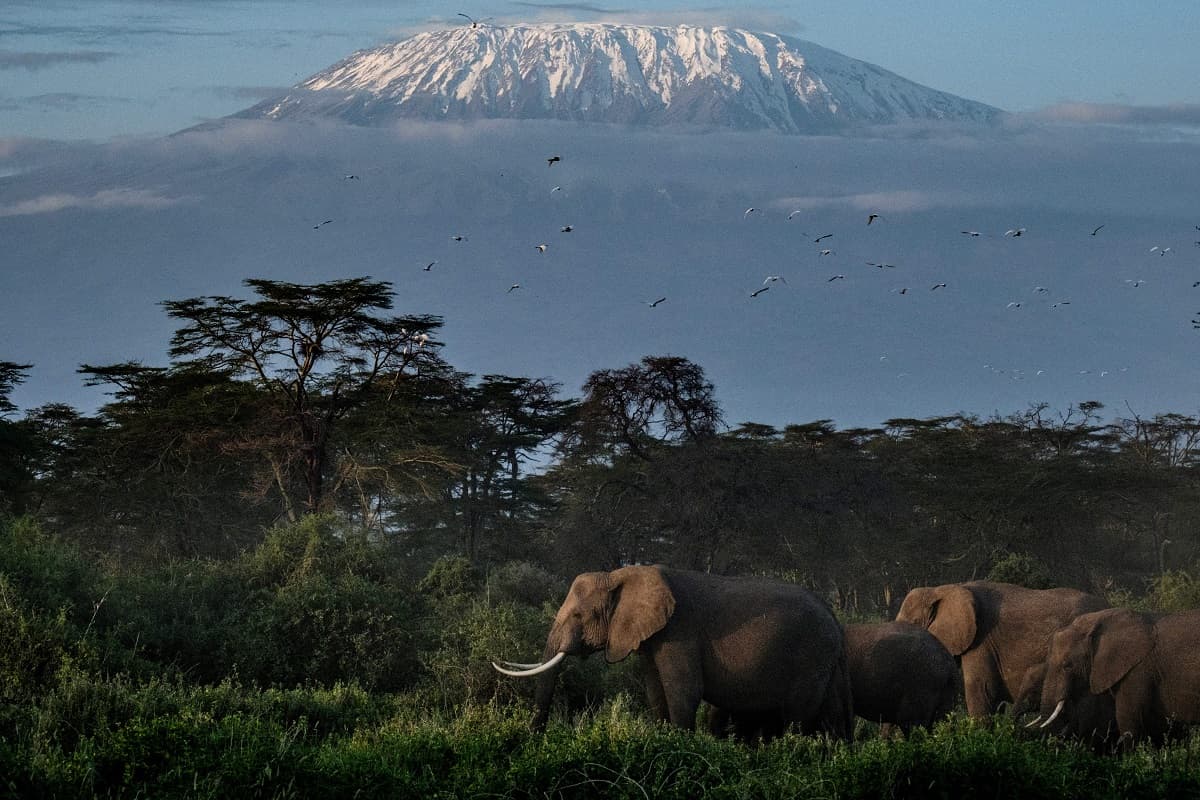 Tanzanian officials know why you want to climb the country's mighty Mount Kilimanjaro. To push your limits while witnessing the glory of Africa's highest summit? Nah. They know we're all just trying to do it for the 'gram, and they're in full support of that endeavor.

The Washington Post reports that in an effort to bolster tourism, the Tanzanian government just completed building the site's first installments of a high-speed internet network. As of Tuesday, connectivity now reaches 12,450 feet above sea level, and the government reportedly has plans to extend coverage to the mountain's Uhuru peak — an astonishing 19,291 feet above sea level — by the end of the year.

"Today Up on Mount Kilimanjaro: I am hoisting high-speed INTERNET COMMUNICATIONS (BROADBAND) on the ROOF OF AFRICA," tweeted Nape Moses Nnauye, Tanzanian's minister of information and communications. "Tourists can now communicate worldwide from the summit of Mount Kilimanjaro."

While installing high-speed broadband certainly benefits social media-happy climbers, the internet addresses safety concerns as well. An estimated 35,000 or so tourists flock to the mountain each year, according to The Guardian — and even the most experienced climbers can run into trouble.

"Previously, it was a bit dangerous for visitors and porters who had to operate without internet [on Mount Kilimanjaro]," Nnauye said at a celebratory event on Tuesday, according to Agence France-Presse.

According to WaPo, the local response to the government's decision has been mixed. Tourism is a huge part of the local economy — it raked in $1.4 billion in revenue in 2021 alone, so many Tanzanians have welcomed the tourism-forward broadband. Others, however, believe that such investments should have gone to Tanzanians living in rural, off-grid regions.

Notably, the effort is partially funded by China, which has invested heavily in infrastructure throughout parts of Africa in recent years.

Clearly, though, the country chose to bolster tourism, one mountaintop selfie at a time. Soon, we'll all know exactly when our cousin's cousin or that random kid from high school reaches Kilimanjaro's peak. Post on, climbers.

READ MORE: Mt. Kilimanjaro gets the internet, a gift to those climbing for the ’gram

More on tourism: Luxurious Submarine for Rich People Looks Just as Cool as a Space Vacation