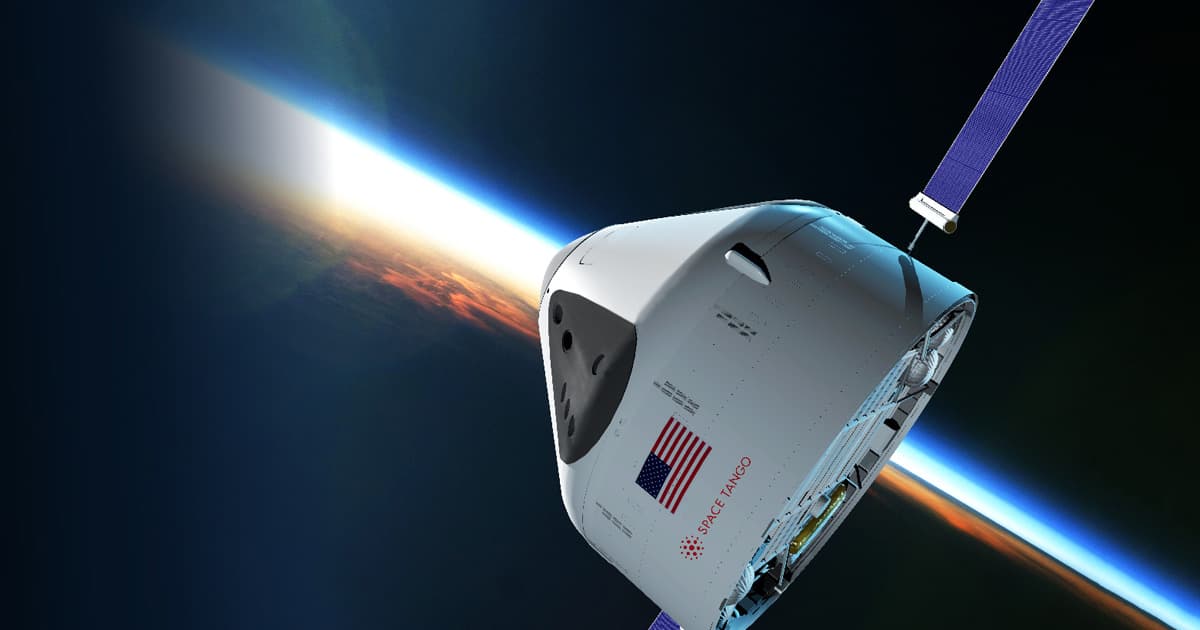 It's so tiny that it could fit on a SpaceX Rideshare.

It's so tiny that it could fit on a SpaceX Rideshare.

Space Tango, a space startup based in Kentucky, is planning to launch its own tiny orbital research platform in a matter of just two years, United Press International reports.

The company, which has just 22 employees, is outgrowing its small research containers, called CubeLabs, which are already on board the International Space Station.

"As the scale of our business grows across a number of uses, having a dedicated spacecraft for manufacturing is the way to go," CEO Twyman Clements told UPI.

Space Tango is planning to test cutting-edge technologies, including advanced 3D printing, inside a single capsule-sized space station named ST-42 that has been in development for two years.

The station will be entirely automated and autonomous, meaning that it won't ever house astronauts, and feature solar panels for power and a heat shield.

The space company is now trying to figure out how to keep the station in its orbit.

"We're not necessarily interested in using hydrazine, which is common for in-space propulsion," Clements told UPI, adding that his company is looking into more environmentally friendly propulsion methods.

Space Tango is now trying to figure out how to get its station into orbit. Clements has already considered ride-sharing launch services such as the one offered by SpaceX.

If everything goes according to plan, the startup wants to launch a prototype in 2023.

And He Scores
We Are Completely Puzzled by This Video of a Chinese Astronaut Playing Ping-Pong in Space
Jan 6
Read More
God Shot
Astronaut Says He Had Religious Experience During Spacewalk
9. 9. 22
Read More
Don't let the door hit you
Elon Musk Lobs Casual Space Station Burn at Moscow
7. 28. 22
Read More
+Social+Newsletter
TopicsAbout UsContact Us
Copyright ©, Camden Media Inc All Rights Reserved. See our User Agreement, Privacy Policy and Data Use Policy. The material on this site may not be reproduced, distributed, transmitted, cached or otherwise used, except with prior written permission of Futurism. Articles may contain affiliate links which enable us to share in the revenue of any purchases made.
Fonts by Typekit and Monotype.