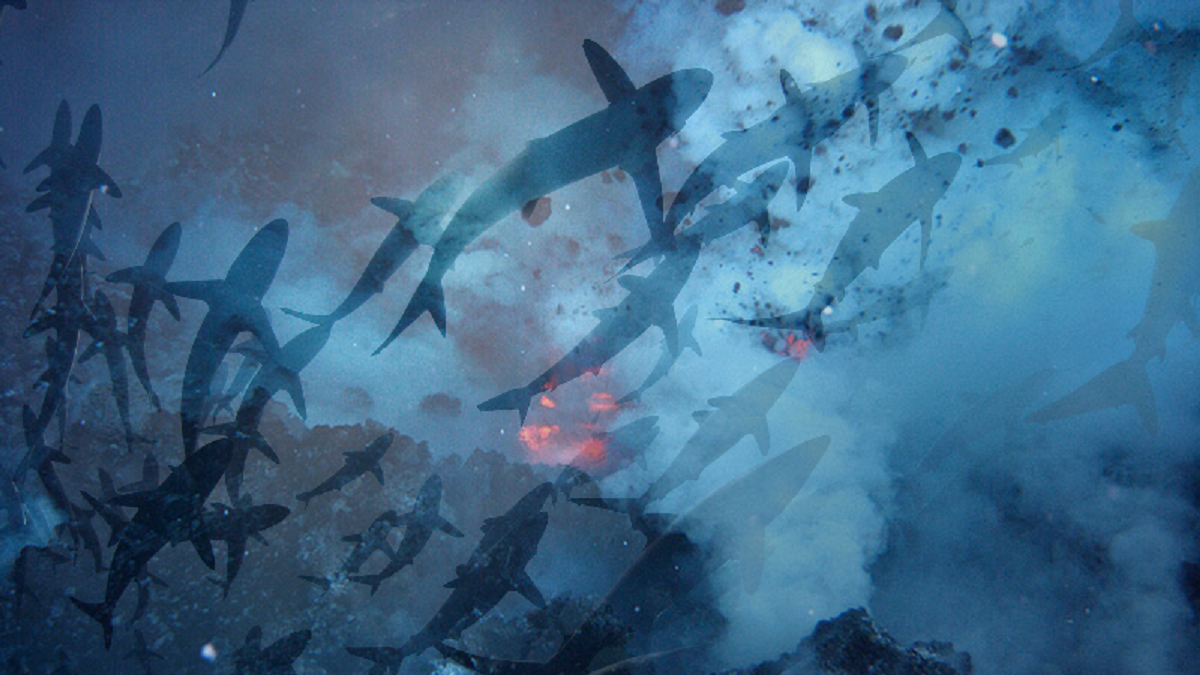 NASA: "You’ve heard of sharknado, now get ready for sharkcano."

NASA: "You’ve heard of sharknado, now get ready for sharkcano."

As if we needed anything else to worry about, a Pacific underwater volcano that's home to a bunch of sharks has erupted.

As NASA's Earth Observatory announced, the Kavachi Volcano, located in the Solomon Islands off the coast of Papua New Guinea, has been erupting since October. In case you were worried about a B-movie scenario featuring ferocious lava-infused sharks, the reality is more banal — though it could be bad news for the sharks, because it's unclear how the eruption will affect the two species living in the submerged crater since its last eruption in 2014.

Both hammerheads and the somewhat-smaller silky shark call Kavachi home, and scientists are still puzzled as to why these big boys appear to have flocked to the volcano in the first place. As researchers wrote in a 2016 Oceanography journal paper, their presence at Kavachi raises "new questions about the ecology of active submarine volcanoes and the extreme environments in which large marine animals can exist."

One of the most active volcanoes in the Pacific, Kavachi, as NASA notes, created a number of short-lived "ephemeral islands" that have since eroded in the years since it was first recorded erupting in 1939.

Named for the Gatokae and Vangunu peoples' sea god, this "submarine volcano" isn't just a shark haven — sixgill stingrays and snapper fish have also been observed within the crater, and as NASA notes, sulfur-loving "microbial communities" also flourish there.

Kavachi and its aquatic residents seem to have fans at NASA, too.

Baby Shark
Scientists Intrigued by Sharks That Can Walk on Land for Two Hours
8. 22. 22
Read More
Explosive Context
Scientists: Ocean Warming at the Rate of Five A-Bombs per Second
1. 14. 20
Read More
Why Are British Beaches Littered With Dying Marine Life? 3 Things You Need to Know.
3. 6. 18
Read More
+Social+Newsletter
TopicsAbout UsContact Us
Copyright ©, Camden Media Inc All Rights Reserved. See our User Agreement, Privacy Policy and Data Use Policy. The material on this site may not be reproduced, distributed, transmitted, cached or otherwise used, except with prior written permission of Futurism. Articles may contain affiliate links which enable us to share in the revenue of any purchases made.
Fonts by Typekit and Monotype.