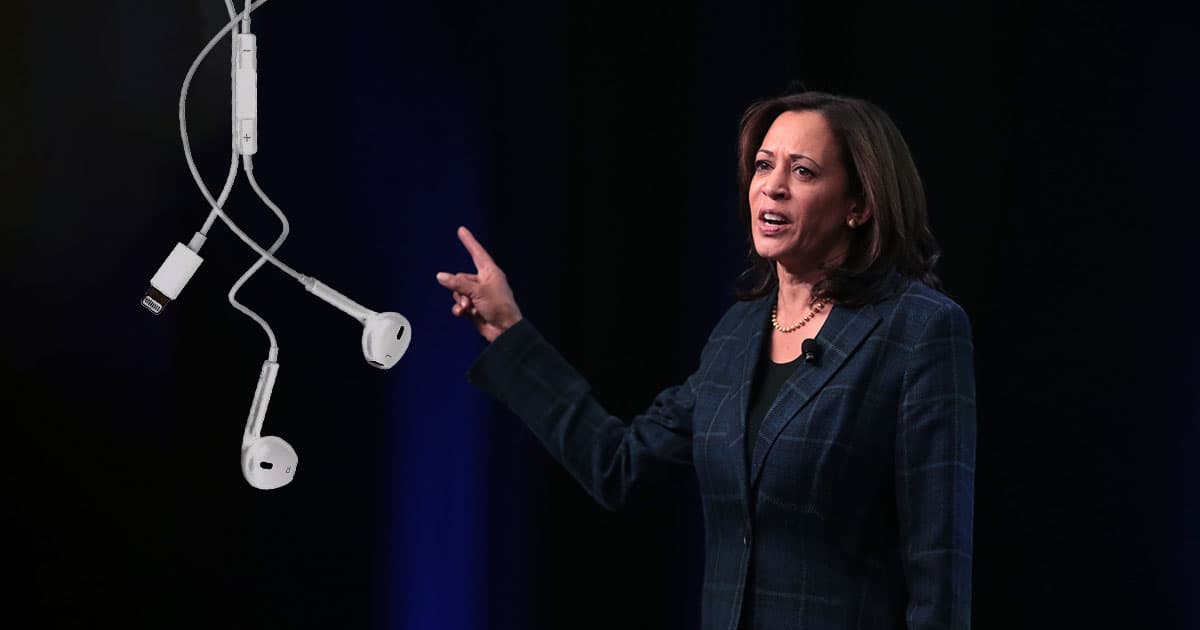 Kamala Harris Is Actually Right About the Bluetooth Headphones, You Nitwits

There are valid criticisms of the VP — but this ain’t it.

There are valid criticisms of the VP — but this ain’t it.

In a classic instance of news-that-shouldn’t-be-news news, Vice President Kamala Harris came under fire this week for the outrageous decision to not use Bluetooth headphones.

It all began when Politico published a hard-hitting story on Monday about the VP’s aversion to the technology, citing numerous examples in which Harris could be seen with wired headphones. The article went as far as calling the VP "Bluetooth-phobic" due to her insistence that they pose a security risk.

But it turns out that Harris is absolutely right.

Numerous cybersecurity experts have pointed out that Bluetooth relies on archaic security protocols. This gives potential bad actors an opportunity to request or send data to a device via a delightfully named hacking process called "Bluesnarfing."

This isn’t just conjecture either. The CVE Program, a database of current and historic cybersecurity vulnerabilities, has recorded more than 450 instances of Bluetooth being used to compromise data and devices.

Of course, this shows that it’s a massive security risk for anyone — let alone someone who has to regularly travel with the nuclear football.

Listen, there are plenty of criticisms that can be levied against Harris like her incredibly problematic past as an attorney general or her cringey phone call to President Joe Biden after the election. But wanting to keep her tech secure as the second most powerful person in the country just ain’t it.

READ MORE: The vice president should not be using Bluetooth headphones [The Verge]