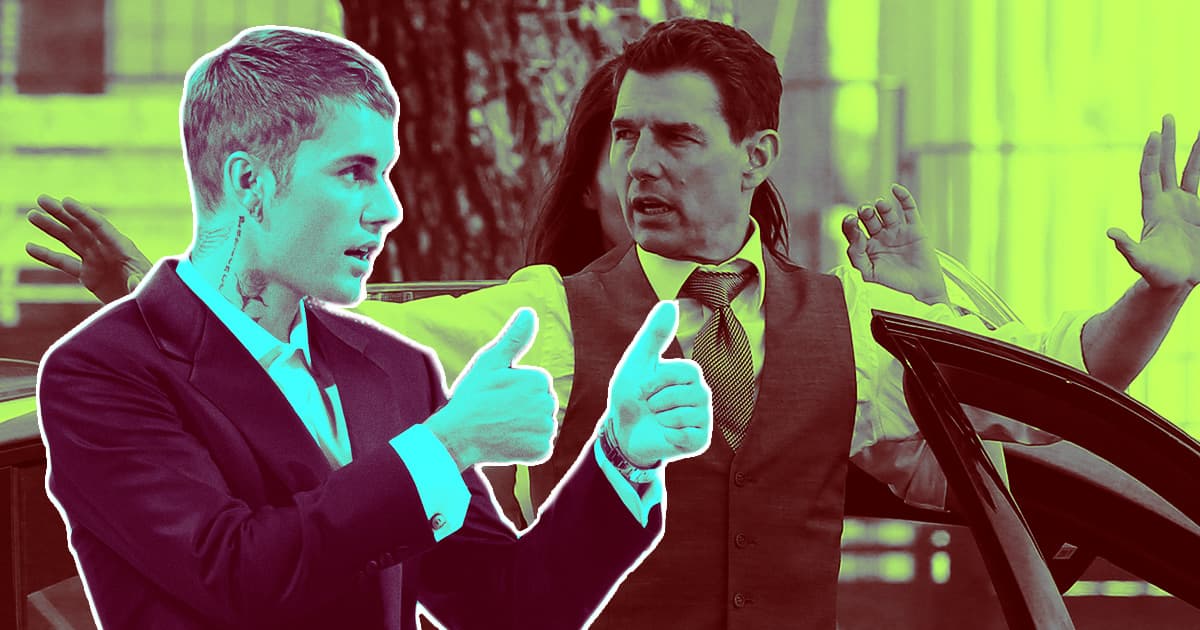 Justin Bieber Thinks Deepfake of Tom Cruise Is Real, Challenges It to Fight

Justin Bieber seems to have gotten tricked online, as he's been heckling a deepfake of Tom Cruise as though he were interacting with the real actor.

Unless he's pulling a prank of his own, Bieber seems to have fallen for the trickery of "DeepTomCruise," a TikTok account that posts videos of a convincing deepfake version of Tom Cruise, the Daily Dot noticed. Bieber shared a video of the deepfake playing guitar to his Instagram story but tagged the real Tom Cruise in which he complimented the actor's musical prowess then challenged him to a fight. It's a bizarre, comical mistake, but it also hints at how easy it is for synthesized media to trick people who aren't looking out for it.

"@Tomcruise I'm impressed with your guitar skills," Bieber wrote in his post. "But you could still catch these hands my boy."

In another post of the same video, Bieber added "ALL JOKES ASIDE @tomcruise your shredding on that guitar," once again tagging the real actor who, if he was paying attention at all, must have been confused by now.

In actuality, Bieber was complimenting both the guitar playing of actor Miles Fisher and the special effects prowess of deepfake creator Chris Ume, who edited Cruise's face onto Fisher's body.

So far, Cruise hasn't given a public response to Bieber's posts, the Daily Dot notes. So the jury's still out on whether Bieber still wants to fight.