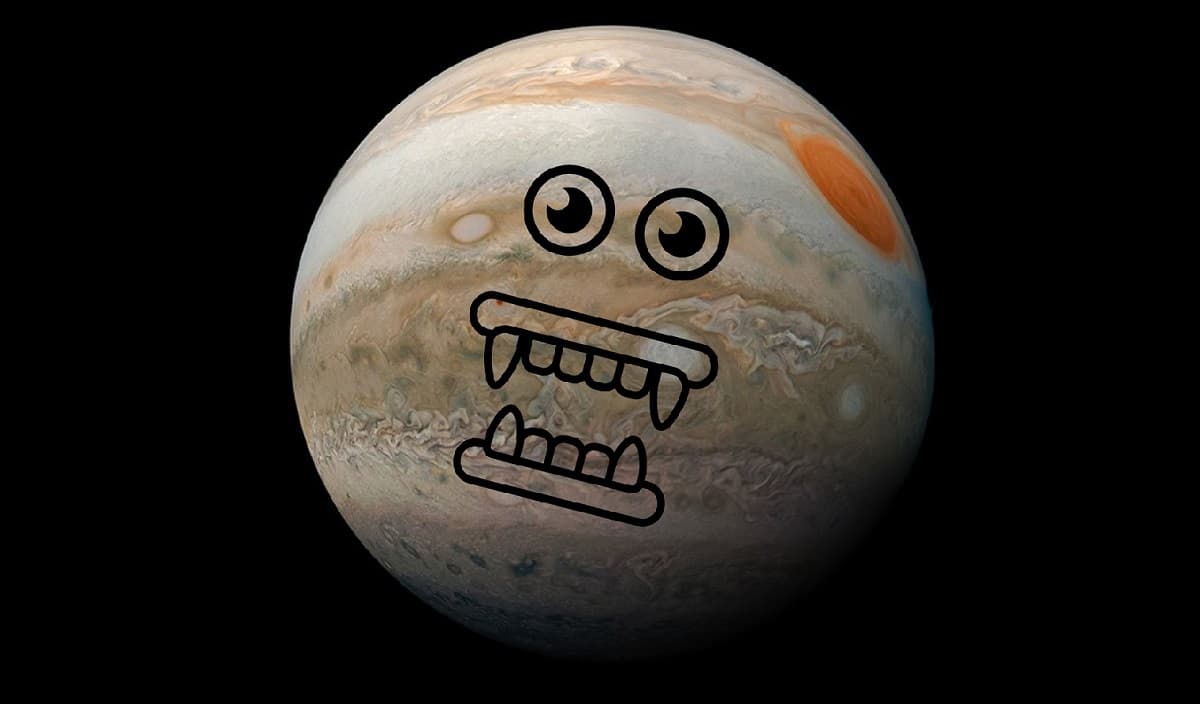 And their remains are still inside it.

And their remains are still inside it.

Jupiter may be our solar system's hungriest hippo — as evidenced by new data from NASA's Juno probe that found the remains of a ton of smaller planets lurking beneath's the gas giant's opaque exterior.

A new paper published this month in the journal Astronomy & Astrophysics highlights findings from an international consortium of astronomers whose close study of the Juno data found that the gaseous mixture that makes up Jupiter is full of "heavy metal" elements, indicating that it devoured numerous "planetesimals," or baby planets, in the distant past.

Based on this elemental breakdown, the scientists built computer models to recreate what Jupiter is like underneath all that gas. Per their models, they hypothesized that the planet's gassy mixture got that way by devouring and absorbing both helium and gas leftover from the birth of the Sun — as well, in a brutal detail, as various nascent planets that presumably used to be part of our star system.

Jupiter was not only "one of the first planets to form in our solar system," but also "the most influential planet in the formation of the solar system," Yamila Miguel, a Dutch astrophysicist who led the research, told Live Science.

Because its gravitational pull is so massive, it is believed that Jupiter helped shape the solar system into its current form — but until this study, astrophysicists disagreed about whether it formed from devouring other planets or from accumulating space debris.

Based on the data compiled for the study, this team of researchers believes they may have finally unlocked the mystery of Jupiter's origins. Before 2016, when Juno first arrived at the Gas Giant, that was all but impossible.

This research, as Live Science notes, may also help pave the way for similar theories about the formation of Saturn, Uranus, and Neptune.

And just think — if all or some of our solar system's gassy planets got that way by eating other, smaller planets, how awe-strikingly terrifying would that be?

More on Jupiter: The James Webb Space Telescope Is Going to Stare Straight Into Jupiter