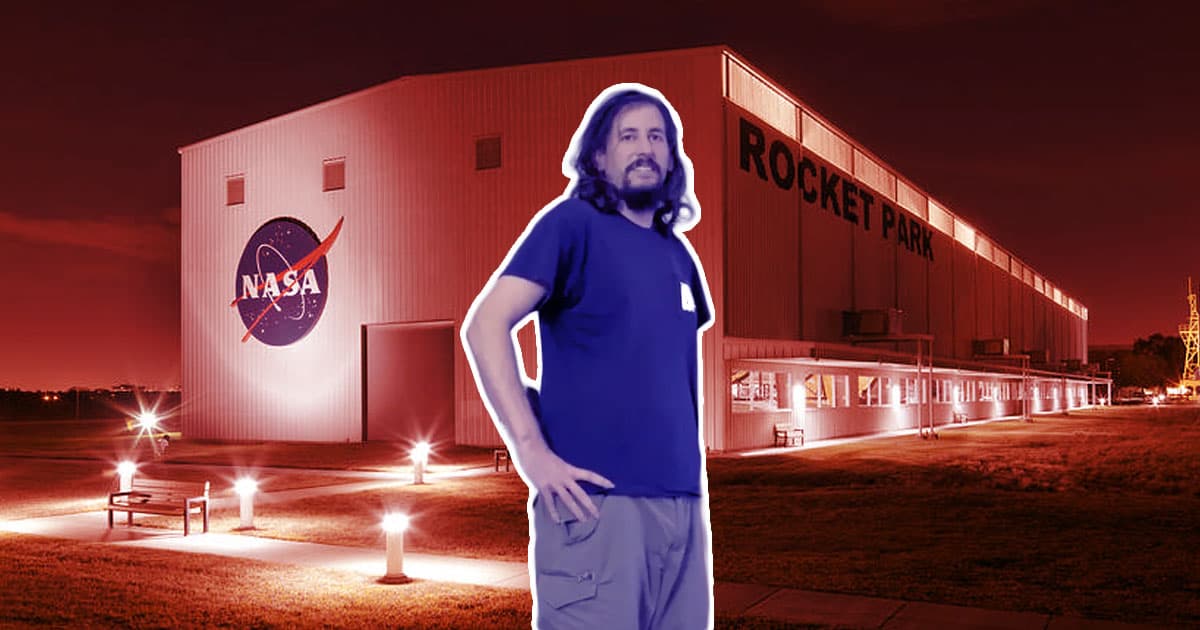 Man Says He Got a Job at NASA Accidentally

"I worked on a lot of stuff that went up to the station."

"I worked on a lot of stuff that went up to the station."

A viral TikTok is making the rounds about an engineer named David Miller telling an unusual story about how he accidentally got a job at NASA.

"I got an interview for a job working on airplanes, then got a call back saying, 'Hey, there's a different job that we think you might like and it's for the Manipulator, Analysis Graphics, and Interactive Kinematics (MAGIK) team," he recalled in the video, which has been viewed more than nine million times at the time of writing.

It's a fun story of how one engineer's life got turned upside down, making an unexpected career change from tinkering with commercial airliners to designing hardware used by astronauts during spacewalks.

The MAGIK team is responsible for setting the groundwork for and investigating the feasibility of planned robotic operations on board space stations, but most of what Miller worked on was concerned with the International Space Station specifically.

"I was like, 'I don't know what that is' but I said, 'Sounds interesting. Since you're calling me back, I'm assuming I can get an in-person interview. I'd like to hear about both jobs when I do that," Miller said.

But the engineer didn't get hired for the first job, which involved working on a wire harness of Boeing's 787 commercial airliner. He was hired for the second that he "never even had an interview for" — which, staggeringly, turned out to be NASA.

"So I moved to Texas and started doing that job," Miller said in the video, which was a "pretty standard entry-level position for a mechanical engineer," according to BuzzFeed.

But it wasn't exactly the most ordinary job, either.

"I worked on a lot of stuff that went up to the station," Miller recalled in a follow-up TikTok, including "spacewalk hardware and docking systems."

So what the hell happened? NASA was desperate to fill out its MAGIK team, so it asked Boeing, a "huge contractor," according to Miller, for help.

Miller was at NASA for eight years and says it was a, well, magical experience.

"I got to work on things that went into space and physically touch them and make a difference," Miller told BuzzFeed.

READ MORE: This Man Moved Several States Away, Not Realizing He Had Accepted A Job At NASA, And TikTok Can't Get Enough Of The Story [BuzzFeed]

More on NASA: Astronomers Are Pushing for a Massive Alien-Hunting Telescope