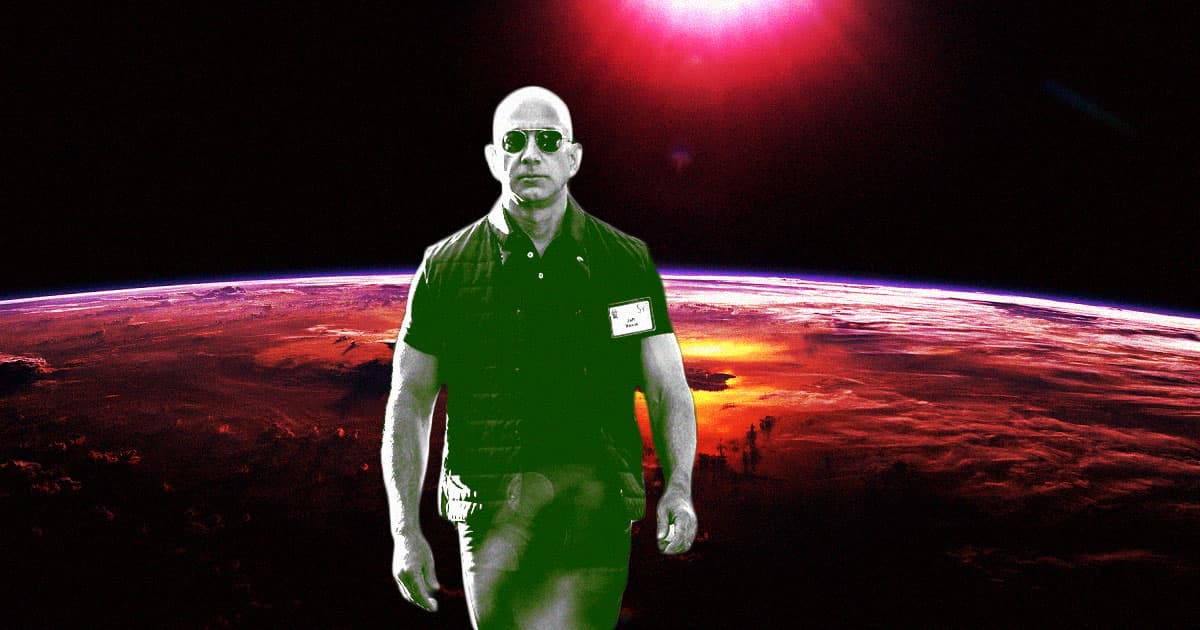 "They may visit Earth the way you would visit Yellowstone National Park."

"They may visit Earth the way you would visit Yellowstone National Park."

Jeff Bezos thinks the Earth will be like a protected national park in the future — and maybe even a hot cosmic tourist attraction.

The Amazon and Blue Origin founder spoke at the 2021 Ignatius Forum last Wednesday about the future of space travel. During the discussion, he made the eyebrow-raising comment that most people won’t even be born on Earth one day and that it might even turn into a tourist destination for space colonizers, according to RealClearPolitics.

Bezos stressed that Earth is “the most precious planet” and that it’s up to us to “preserve it and conserve it.” However, he still believes that the future of humanity isn’t on Earth but amongst the solar system.

“This Earth can support 10 billion people to a certain degree,” he said, later adding, “The solar system can support a trillion people, and we can continue to grow our civilization and grow our energy intensity.”

He believes that taking dramatic actions like terraforming Mars could alleviate much of the stress on our planet’s ecosystem. While that would be an immense effort, he said, it would also mean a “doubling of Earth.”

“Then you’re going from 10 billion to 20 billion people,” he added.

Bezos also predicted that there will one day be millions born off world in colonies floating in space. These supermassive structures would rotate to simulate gravity — a la “Interstellar” — and might even have rivers and forests of their own.

It’s an undoubtedly fascinating discussion with some interesting predictions from Bezos — though, if we were him, we’d probably try to not get in the way of actual efforts to leave Earth with frivolous lawsuits.