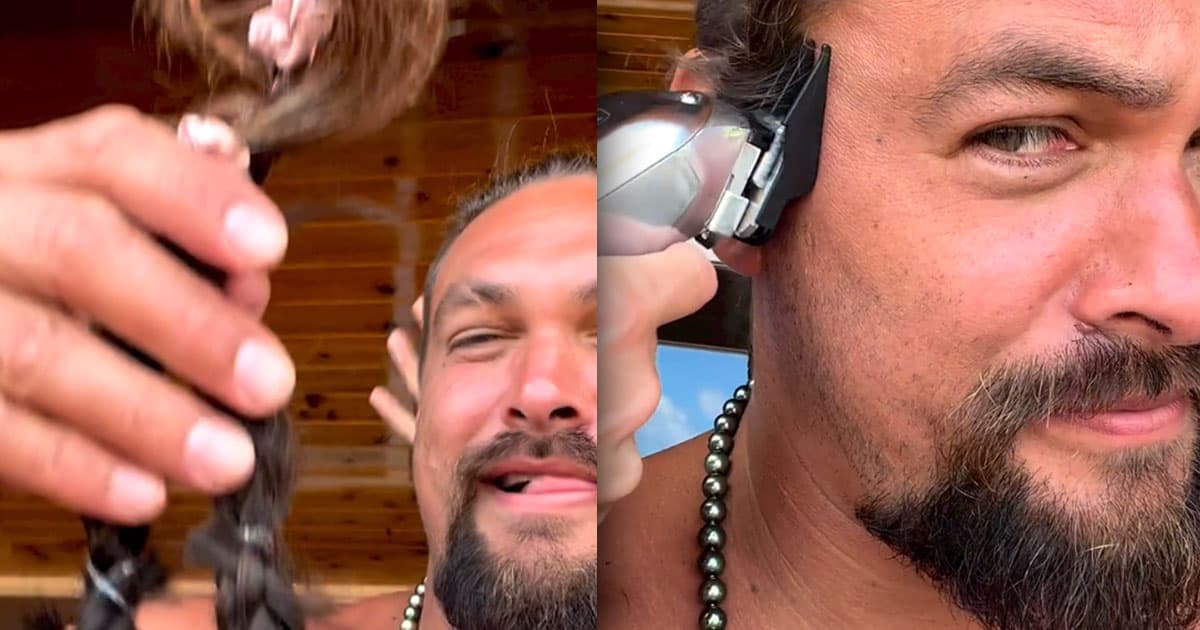 Jason Momoa So Furious About Environment That He Shaved His Head

Can Momoa's hair really save the world?

Can Momoa's hair really save the world?

Jason Momoa, of "Baywatch," "Game of Thrones," and, um, cruel pranks fame, has taken to Instagram to ferociously protest single-use plastics by... shaving his hair off?

"Aloha everyone," Momoa said in the now-viral video. "I'm shaving off the hair. Doing it for single-use plastics. I'm tired of these plastic bottles, we gotta stop, plastic forks, all that shit, it just goes into our land, goes into our ocean."

To his credit, the mega-star's formerly long hair was definitely part of His Whole Thing, and shaving it off certainly made headlines. He also has a strong history of very real activism efforts regarding single-use plastics, climate change, and the protection of his native Hawaiian lands.

But that being said, the shaving-the-hair thing falls into a whole other category of celebrity activism — one that, well, we're not entirely convinced is really all that effective.

Again, Momoa has backed up the buzz cut with offline activism work. The cut, however, seems like more of an awareness campaign — kind of like that controversial ice bucket challenge for ALS — than tangible, offline action steps.

Indeed, this type of awareness effort is pretty common among celebrity ranks. Remember when the celebrities — thank you, Gal — sang to us to cure pandemic ills? Or when the celebs, at it again, made that video during the 2020 Black Lives Matter protests? It's a particular brand of "clicktivism," one that can certainly generate likes and shares — but likes and shares don't necessarily translate to real-world change. It's performative. We can all just say stuff, ya know?

Of course, it's a double-edged sword. We want people to use their platforms, especially if they have a large one. Social media, however, also runs the risk of turning movements into trends, which can take a bit of "oomph" out of very real issues.

Can Momoa's haircut change the world? Remains to be seen. But if you find yourself applauding the bravery and commitment, remember: follow up by donating to an ocean-forward nonprofit, stop using plastic water bottles and utensils and whatever else. Otherwise, you're just watching a famous guy shave his head.

More on celebrities: Celebrities Smacked down over Shilling NFTs Without Legal Disclosures