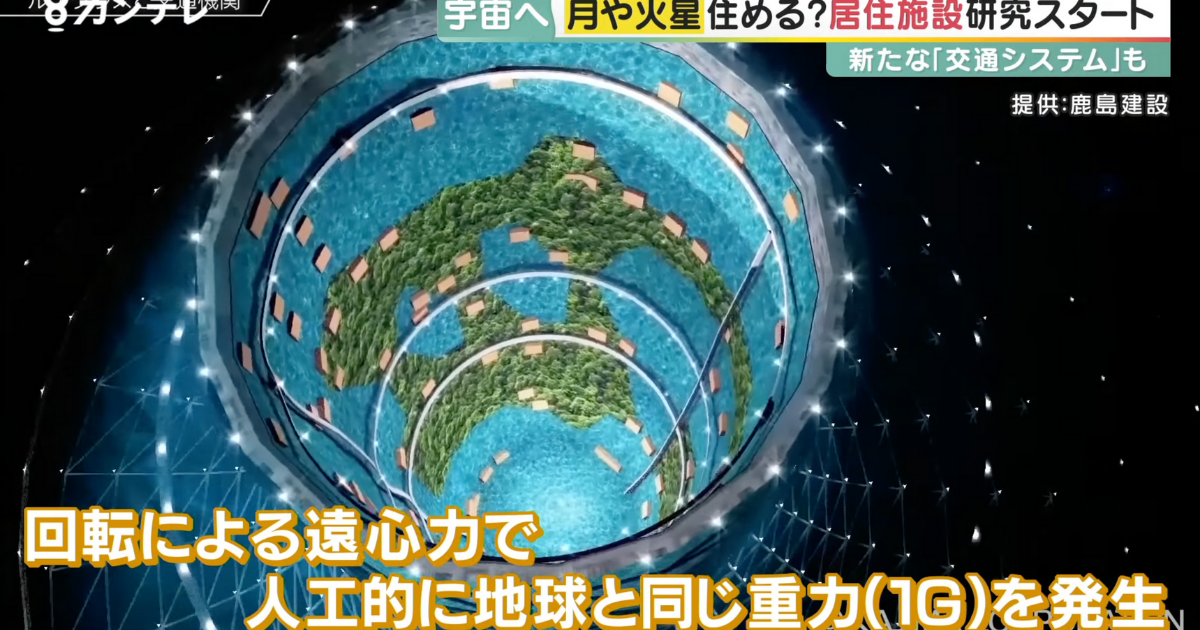 "The day when human beings live in outer space, the moon, and Mars is imminent."

"The day when human beings live in outer space, the moon, and Mars is imminent."

Getting to the Moon isn't impossible anymore, but humans have yet to establish a long-term living space on its surface. If we want to become an interplanetary species, however, Japanese researchers say we'll probably need their newly designed Moon base with artificial gravity.

A team of Kyoto University experts and Kajima Corporation's construction wizzes unveiled mockups of the conical, rotating structure at a conference last week, showcasing what looks like a glass utopia full of happy people, some of them even driving boats around the water-covered interior of the building.

"Recognizing that '1G is the identity of humankind,' we propose an artificial gravity network," the team wrote in a Google-translated press statement. "The day when human beings live in outer space, the moon, and Mars is imminent."

The spinning building makes a full rotation every 20 seconds, DNYUZ reported yesterday. It's called “The Glass" and uses centrifugal force to recreate gravity levels humans are familiar with.

According to the researchers, this gravity-based solution is important because we don't yet know the full effects of low and zero gravity on the human body. Nobody has ever been born on the Moon, for example, so it's not clear how being raised there would impact bone density and health.
The experts say we need additional studies of gravity on the human body as well as a long-term solution that provides more than just basic survival concerns like air and water.
"[This] a watershed to advance into space," senior researcher Takuya Ohno said in the press statement. "We will work to make this joint research meaningful for humankind."
More on off-world news: NASA Planning for James Webb to Get Hit By One Micrometeorite Per Month

Moon Vacation
NASA Finds Holes on the Moon Where It's Always a Comfortable Temperature
Jul 27
Read More
So Long
Tragedy! NASA Says the Voyager Space Probes are Powering Down
Jun 16
Read More
Expect Delays
Scathing Report Admits NASA Is Years Behind Moon Landing Schedule
Jun 9
Read More
+Social+Newsletter
TopicsAbout UsContact Us
Copyright ©, Camden Media Inc All Rights Reserved. See our User Agreement, Privacy Policy and Data Use Policy. The material on this site may not be reproduced, distributed, transmitted, cached or otherwise used, except with prior written permission of Futurism. Fonts by Typekit and Monotype.