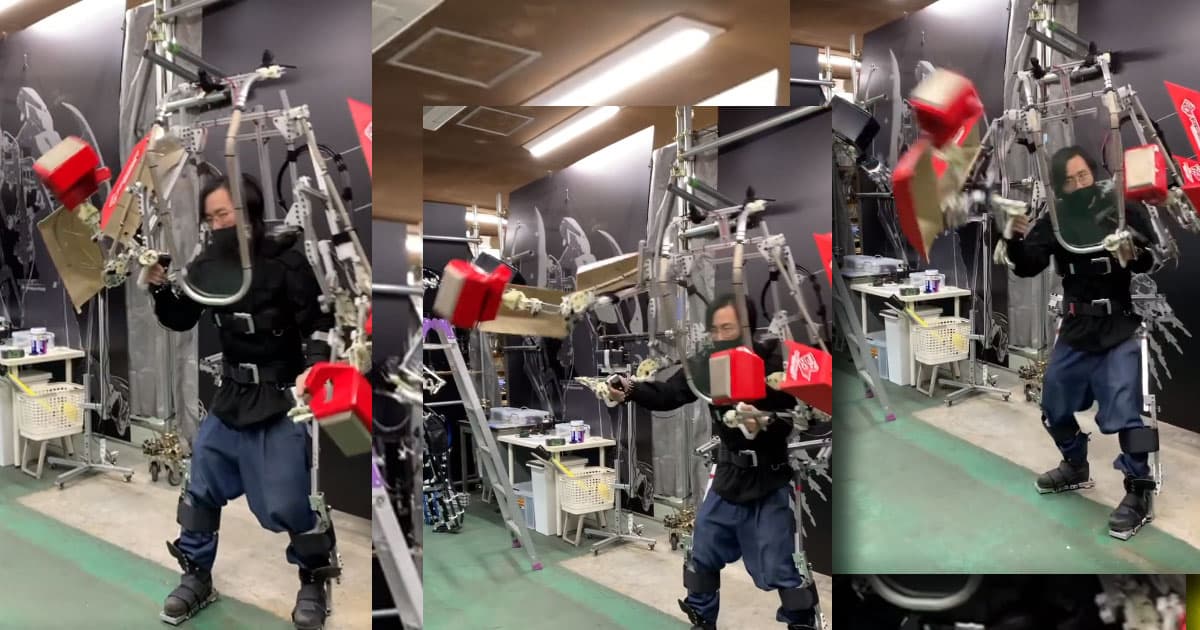 Japanese Company Creates Suit That Turns You Into a Towering Mecha

A Japanese exoskeleton maker called Skeletonics has created a suit that turns its wearer into a fighting exoskeleton, ready for the boxing ring of the future.

The company’s latest model is a fun upper body suit that requires no power supply beyond its wearer’s own strength, and turns the wearer into a beastly boxer, as seen in a recently shared video.

The video shows a man in a suit throw some punches with two massive mechanic arms — and the agility with which he’s moving the whole rig is seriously impressive.

It’s all about mimicking the wearer’s exact moves without having to translate movement using complex electronics, Skeletonics says.

“Skeletonics technology connects the mechanical and electrical components of the suit with the wearer’s body to offer a smooth, harmonious experience of movement,” reads the company’s website. “The Skeletonics system uses a link mechanism, not an electrical system, to synchronize human movements with those of the robot exoskeleton.”

A previous model called Arrive, a nine-foot mecha, featured two giant arms and even articulated fingers. With a bit of decorative finesse, the massive suit can be turned into a striking costume for events and exhibitions, the company claims.

It’s a fun example of what exoskeletons are capable of, even without the need for actuators. Whether Skeletonics’ boxing suit will actually be able to withstand actual mecha fist-to-mecha fist combat, however, remains to be seen. But it’d make for one hell of a show.

More on exoskeletons: Watch a Guy With Bad Knees Get Superpowers With a Powered Exoskeleton