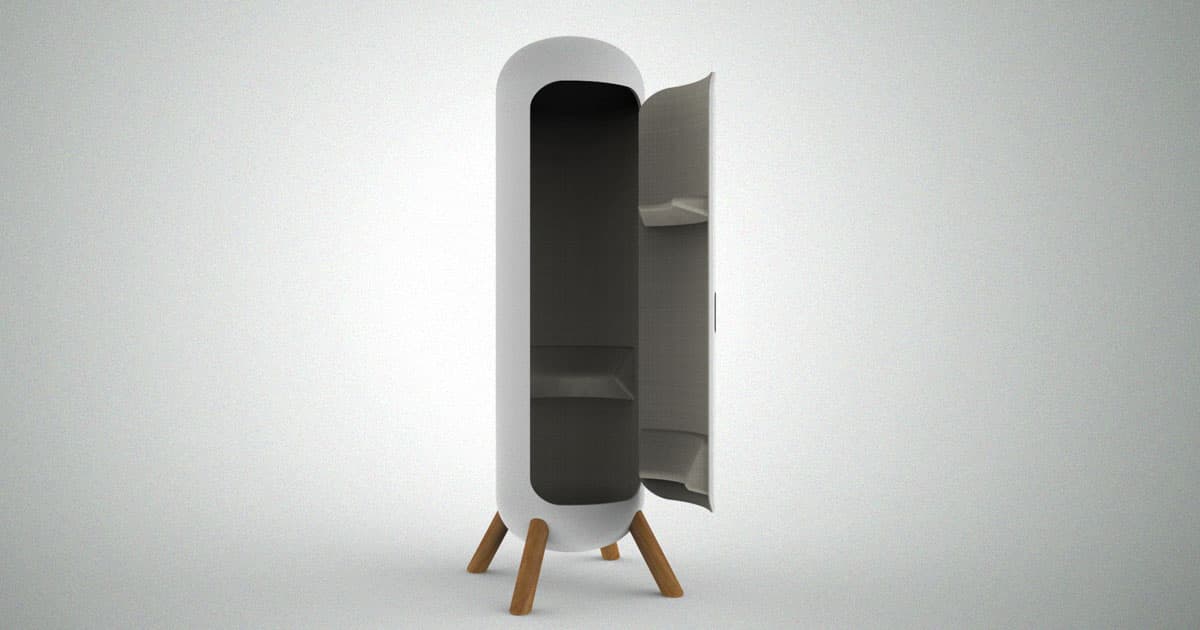 "It’s better to sleep in a comfortable location."

"It’s better to sleep in a comfortable location."

The workforce in Japan is apparently so overwhelmed that two companies are partnering up to create new upright "nap boxes."

Illustrations of the new design show neutral, innocuous-looking tubes with midcentury-inspired wooden legs. The shelves inside act like full-body armrests, Bloomberg reported today — helpful for preventing users from falling over as they doze off between meetings. The finance pub reported that pricing and availability for the furniture hasn't been announced yet.

A spokesperson for Itoki, the furniture company behind the pods, said the sleeping stations are meant to give tired workers a place to lay down that isn't completely disgusting.

"In Japan, there are a lot of people who will lock themselves up in the bathroom for a while, which I don’t think is healthy," Saeko Kawashima told Bloomberg. "It’s better to sleep in a comfortable location."

Japan's reputation for overwork isn't new, but Nippon, an English-language news site that focuses on Japan, just reported this week that a record number of work-related mental health cases were filed in 2021.

Based on data from Japan’s Ministry of Health, Labor, and Welfare, the report found 2,346 applications for worker’s compensation for mental health disorders in 2021, or about 295 more than in 2020.

The top two causes for applications were "abuse of power by a superior" and "change in the nature or amount of work duties."

It's hard to imagine a single furniture company could solve a problem of this magnitude on its own, and it's easy to dismiss the rather boring-looking "nap pods" as either a temporary solution or a simple money-making scheme. However you think of them, the nap pods are only symptoms of the larger issue — an unhealthy work culture.

In that light, it'd be more exciting if solutions for the bigger problems at play were the center of attention instead.

More on knowing when it's time to give up: Texas Gets So Hot That Crypto Miners Call It Quits

Brands We Love
This Delicious Sleep Aid Helps You Rest Without Sedatives
3. 1. 21
Read More
Brands We Love
Say Goodbye To 'Coronasomnia' With the Yana Sleep Body Pillow
2. 19. 21
Read More
Brands We Love
'Euphoric Beverages' Provide The Alcohol-Free Social Lubrication You've Been Waiting For
10. 7. 20
Read More
+Social+Newsletter
TopicsAbout UsContact Us
Copyright ©, Camden Media Inc All Rights Reserved. See our User Agreement, Privacy Policy and Data Use Policy. The material on this site may not be reproduced, distributed, transmitted, cached or otherwise used, except with prior written permission of Futurism. Fonts by Typekit and Monotype.