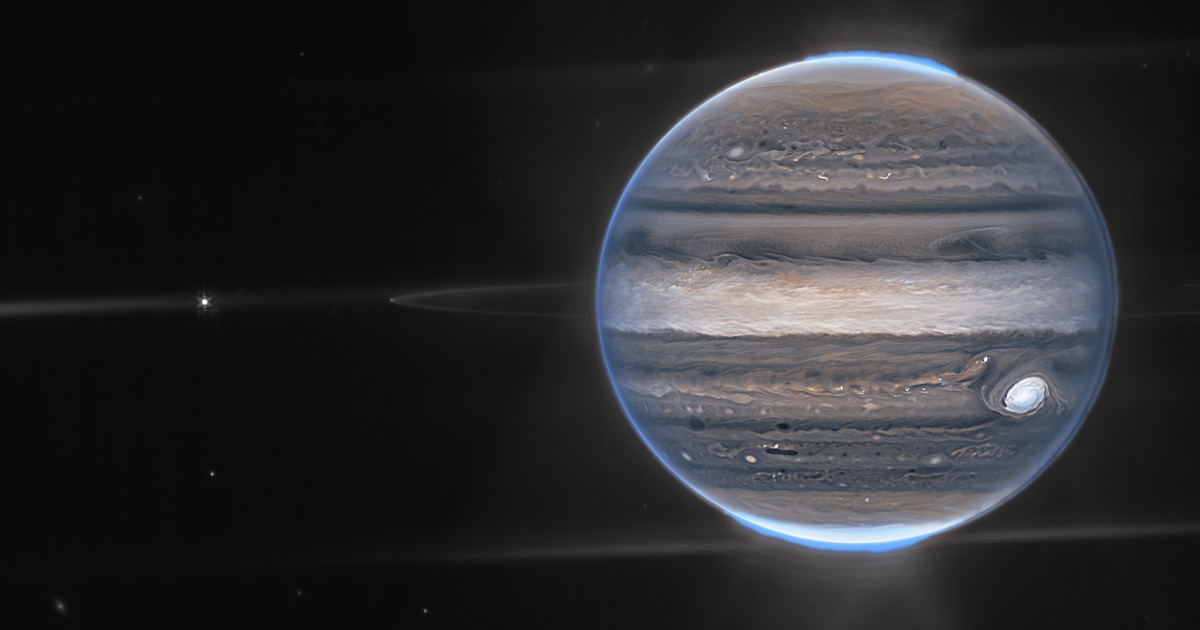 "We hadn’t really expected it to be this good, to be honest."

"We hadn’t really expected it to be this good, to be honest."

Citizen scientist Judy Schmidt of Modesto, California, collaborated with NASA to create a new infrared image of Jupiter, the largest planet in our solar system — and it's stunning.

Schmidt and the NASA team used data from the James Webb Space Telescope to create the image, and experts said in a NASA statement yesterday that even they were impressed by the image.

"We hadn’t really expected it to be this good, to be honest," said planetary astronomer Imke de Pater, professor emerita of the University of California, Berkeley, in the statement. "It’s really remarkable that we can see details on Jupiter together with its rings, tiny satellites, and even galaxies in one image."

The images came from the Webb's Near-Infrared Camera (NIRCam), which has three specialized infrared filters. Infrared light is invisible to the human eye, so the light was mapped onto a visible spectrum.

The longest wavelengths appear redder and the shortest wavelengths are shown as more blue. Overall the planet appears in blue-gray shades, with its famous Great Red Spot looking more ghostly than ever, because it reflects sunlight and appears white, just like the other visible clouds.

Also visible — although barely — are two tiny moons called Amalthea and Adrastea as well as Jupiter's two faint rings and distant galaxies that appear as fuzzy spots on the lower half of the image.

And it's not just an aesthetic triumph. NASA said in its statement that the giant storms, powerful winds, auroras, extreme temperatures and pressure conditions reflected in the image may provide new details about Jupiter's inner life.

More on the Webb's capabilities: James Webb Catches a Glimpse of the Most Distant Star in the Universe