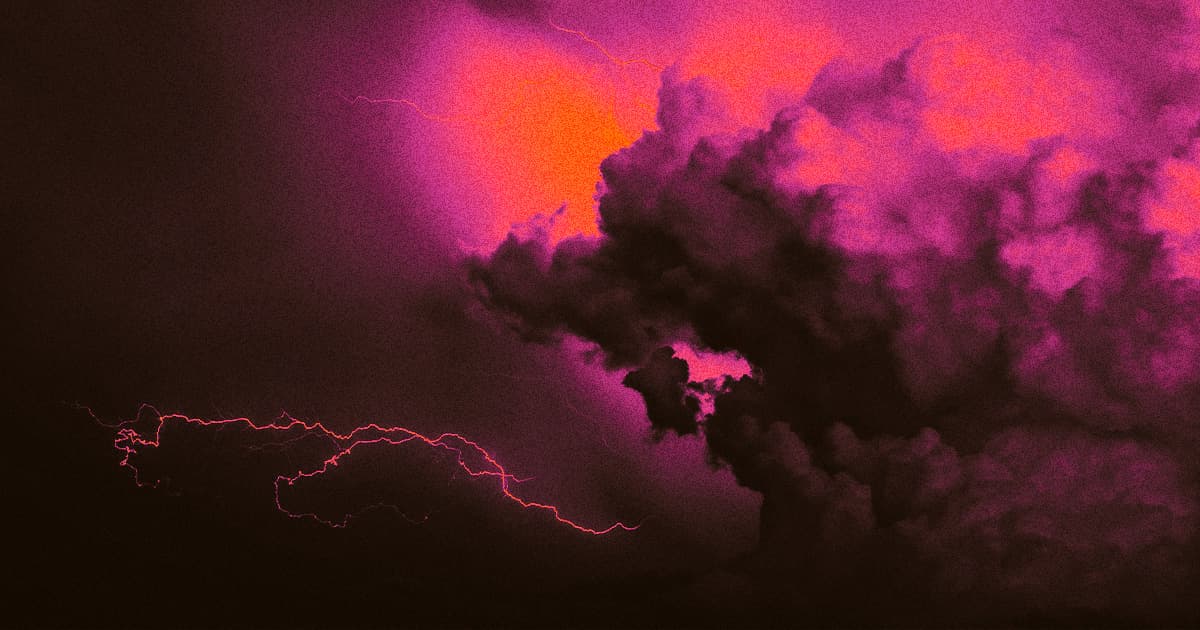 "At first glance, it is simply extraordinary!"

"At first glance, it is simply extraordinary!"

Titan, Saturn's largest moon, is enveloped in a dense, hazy atmosphere — the only moon in the solar system to have one — making it near impenetrable to outside observation.

Scientists suspect its surface flows with liquid methane and other hydrocarbons forming rivers and lakes with uncanny, Earth-like terrain stretching between. But getting a first-hand look has proven exceedingly difficult.

Now, thanks to NASA's groundbreaking James Webb Space Telescope, that could all change.

Using the Near-Infrared Camera (NIRCam) attached to the telescope, scientists have taken fascinating new images of two of Titan's massive methane clouds, offering us a tantalizing glimpse beyond the moon's smoggy facade.

"What a wake-up this morning!" Sebastien Rodriguez, an astronomer and member of the research team from the Universite Paris Cité, wrote in an email to colleagues, as quoted in a NASA statement. "At first glance, it is simply extraordinary! I think we're seeing a cloud!"

Here is Webb’s first look at Saturn’s largest moon, Titan. Because Titan has a dense atmosphere, its surface is hidden in visible light. Enter Webb’s infrared eye, which captured clouds as well as bright & dark patches on its surface: https://t.co/zQsSN9Py4H pic.twitter.com/6NuQMfXAFN

The observations are already paying off, helping scientists prove once-tentative conclusions about Saturn's largest moon. For instance, comparisons and analysis of NIRCam images confirm scientists' long-held suspicion that Titan's clouds are formed in the mid-northern hemisphere during periods of warming by the Sun.

The illuminating work didn't end there, either. The team quickly enlisted the help of the Keck Observatory in Hawaii, which was able to make crucial follow-up observations just two days later.

"We were concerned that the clouds would be gone when we looked at Titan two days later with Keck," said UC Berkeley astronomer Imke de Pater, who led the Keck observations, in the statement, "but to our delight there were clouds at the same positions, looking like they had changed in shape."

Thanks to de Pater's work, combined with the initial observations by the James Webb telescope, scientists were able to get a much clearer look at the many layers of Titan's atmosphere — and of the surface below.

In short, these observations are essential steps in furthering our understanding of Titan's puzzling climate and figuring out why it's the sole moon in our system with an atmosphere.

How Do We Colonize Saturn's Moons?
1. 23. 17
Read More
Ever Wanted a Real Santa? This is How We Could Make St. Nick Come to Life
12. 24. 16
Read More
Cassini Images Just Captured Deep Liquid-filled Canyons on Titan's Surface
8. 16. 16
Read More
+Social+Newsletter
TopicsAbout UsContact Us
Copyright ©, Camden Media Inc All Rights Reserved. See our User Agreement, Privacy Policy and Data Use Policy. The material on this site may not be reproduced, distributed, transmitted, cached or otherwise used, except with prior written permission of Futurism. Articles may contain affiliate links which enable us to share in the revenue of any purchases made.
Fonts by Typekit and Monotype.