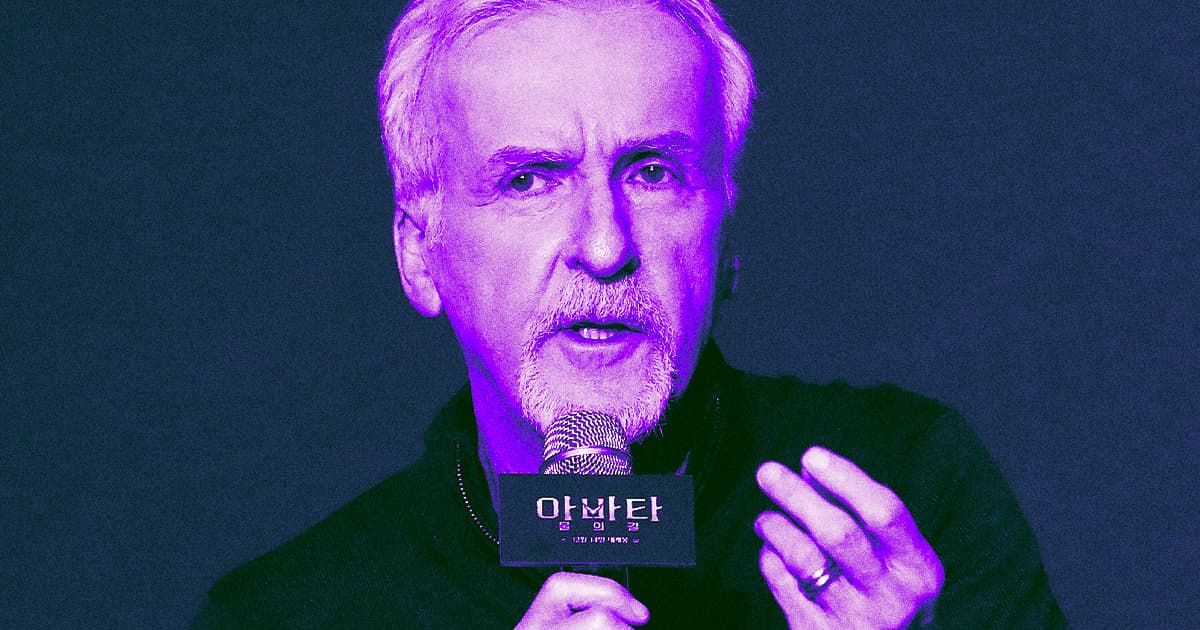 "Only one could survive."

"Only one could survive."

Twenty five years since its first release, James Cameron's swooning epic "Titanic" is still the third highest grossing movie of all time. Besides its storied legacy, it's also spawned an endless debate among fans on its ending: whether Jack, played by Leonardo DiCaprio, could have survived the freezing ocean if he'd climbed onto the floating door with Rose, played by Kate Winslet.

And now, Cameron — renowned for his obsession with minute cinematic details — says he's finally put an end to the debate with an actual scientific study.

"We have done a scientific study to put this whole thing to rest and drive a stake through its heart once and for all," Cameron told The Toronto Sun while promoting his latest blockbuster sensation "Avatar: The Way of Water." "We have since done a thorough forensic analysis with a hypothermia expert who reproduced the raft from the movie and we're going to do a little special on it that comes out in February."

"We took two stunt people who were the same body mass of Kate and Leo," the acclaimed director explained, "and we put sensors all over them and inside them and we put them in ice water and we tested to see whether they could have survived through a variety of methods and the answer was, there was no way they both could have survived. Only one could survive."

For now, that's all the details we have on the study, but this isn't the first time Cameron has addressed the perennial, nagging question. In 2017, he debunked a theory posited on the TV show "Mythbusters" that Jack could have survived by tying Rose's life vest to the door for buoyancy.

"You're underwater tying this thing on in 28-degree water, and that's going to take you five to 10 minutes, so by the time you come back up you're already dead," Cameron told The Daily Beast at the time. "So that wouldn't work."

And science aside, Cameron thinks Jack's death was thematically integral to the story — so there's no point getting hooked up on something he's not going to change his mind on anyway.

"No, he needed to die," Cameron explained during the recent press tour. "It's like Romeo and Juliet. It's a movie about love and sacrifice and mortality. The love is measured by the sacrifice."

We'll have to wait until the study and/or the special come out, but if there's anyone who'd do whatever it takes to get to the bottom of a thalassic mystery, it'd be Cameron.

More on the ocean: Divers Growing Veggies in Underwater Greenhouses

Deep and Very Fake
Bruce Willis Signs Deal to Get Deepfaked Into Future Movies
9. 30. 22
Read More
Blockchain Could Have a Huge Impact on the Entertainment Industry
8. 30. 17
Read More
Paramount Pictures Just Hired a Futurist in Residence to Guide the Future of Film
7. 17. 17
Read More
+Social+Newsletter
TopicsAbout UsContact Us
Copyright ©, Camden Media Inc All Rights Reserved. See our User Agreement, Privacy Policy and Data Use Policy. The material on this site may not be reproduced, distributed, transmitted, cached or otherwise used, except with prior written permission of Futurism. Articles may contain affiliate links which enable us to share in the revenue of any purchases made.
Fonts by Typekit and Monotype.