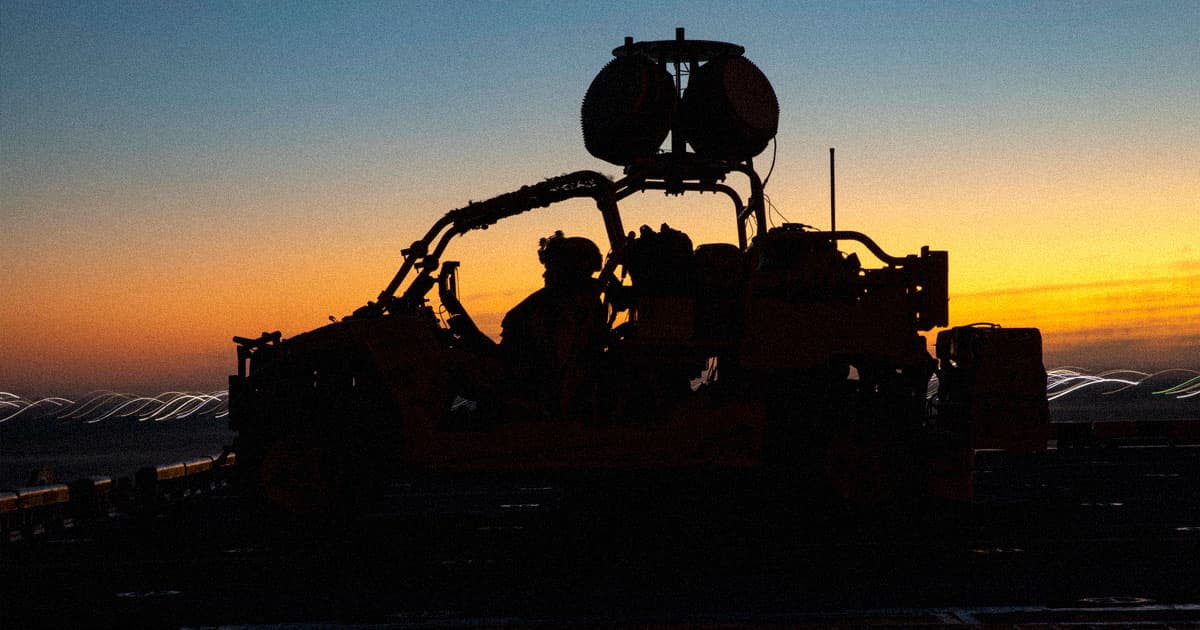 Instead of disabling a drone with bullets, it uses radio frequencies.

Instead of disabling a drone with bullets, it uses radio frequencies.

In June, Iran's military shot down one of the U.S. Navy's $130 million Global Hawk drones, claiming it had veered out of international airspace and into the nation's territory.

Now, the U.S. Navy has returned the favor, using a new directed-energy weapon to disable an Iranian drone in the same region — marking the next-generation device's first known "kill."

According to a Department of Defense statement, a fixed wing drone approached the USS Boxer while the ship traveled through the Strait of Hormuz on July 18. The drone then came within a threatening range, prompting the crew to take "defensive action."

A defense official later told Military.com on the condition of anonymity that the Navy took out the drone using its Light Marine Air Defense Integrated System (LMADIS), a new device that uses radio frequencies to jam drones.

Iran's Minister of Foreign Affairs Mohammad Javad Zarif, meanwhile, has denied the incident altogether, telling reporters the nation has "no information about losing a drone."

With drones becoming cheaper and more capable, the U.S. military has been investing heavily in anti-drone tech in recent years. However, while many of those systems involve literally shooting down drones, LMADIS essentially uses energy to render a drone useless.

That makes it a far cheaper countermeasure to a drone attack than, say, shooting a threatening device with a missile — meaning this first directed-energy drone "kill" might just be the first of many.

READ MORE: A US Navy ship used a new drone-defense system to take down an Iranian drone [The Verge]

More on drones: Before Iran Shot It Down, the US's $130m Drone Spied on the World

FROM THE DEPT. OF THINGS TO BUY
The Best Science Gifts of 2023
10. 19. 22
Read More
"Hoodwinked"
New Pentagon Group Accused of Trying to "Bury" UFOs Again
12. 3. 21
Read More
Hmmmmmm
The Pentagon Just Released Its UFO Report
6. 25. 21
Read More
+Social+Newsletter
TopicsAbout UsContact Us
Copyright ©, Camden Media Inc All Rights Reserved. See our User Agreement, Privacy Policy and Data Use Policy. The material on this site may not be reproduced, distributed, transmitted, cached or otherwise used, except with prior written permission of Futurism. Articles may contain affiliate links which enable us to share in the revenue of any purchases made.
Fonts by Typekit and Monotype.