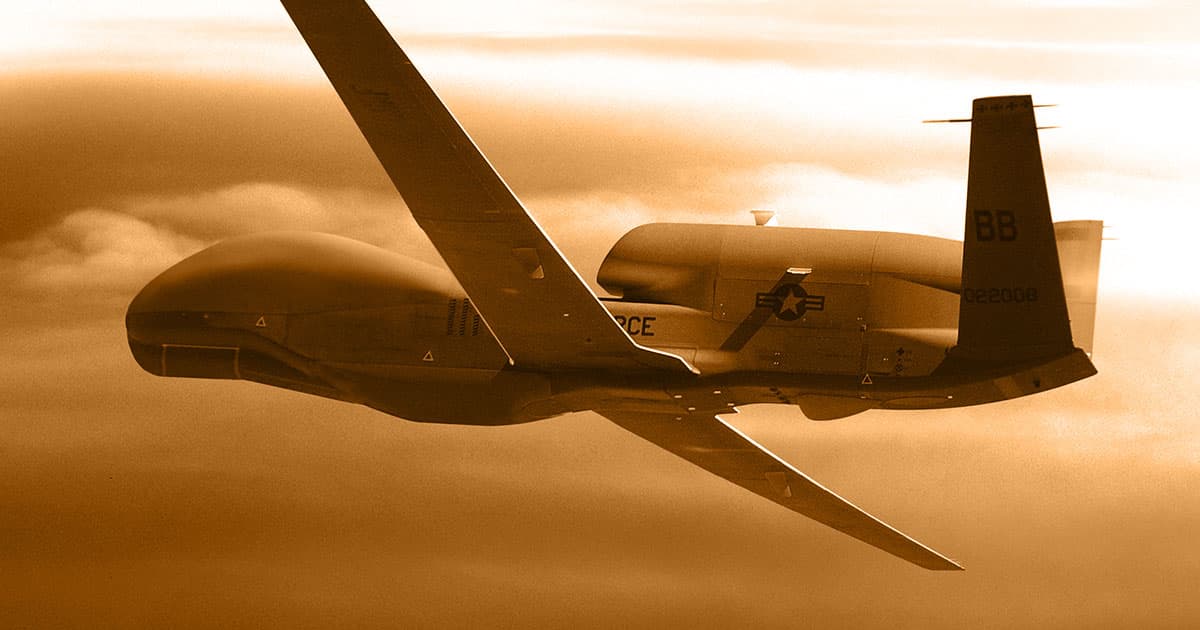 Before Iran Shot It Down, the US's $130M Drone Spied on the World

The RQ-4 Global Hawk was chock-full of surveillance equipment.

The RQ-4 Global Hawk was chock-full of surveillance equipment.

On Thursday, Iran shot down an RQ-4 Global Hawk drone that the U.S. Navy had been flying near the country's borders.

American leaders insist that the Northrop Grumman-manufactured drone, which costs about $130 million to make, was over international waters, while Iranian officials say it crossed into Iranian territory, according to The New York Times. Before that, though, the Global Hawk drone served as a heavy-duty autonomous spying platform that highlights the U.S.' disproportionate worldwide surveillance power.

No one knows exactly what spy equipment that particular Global Hawk drone had equipped, though Wired reports that the flying behemoths can carry so many scanners and sensors that the total manufacturing cost can reach as high as $220 million.

Usually, that gear includes thermal imaging, infrared scanners, and video cameras that let the Global Hawk scan targets on the ground in detail from an elevation of 60,000 feet, per Wired, where it can stay for up to 34 hours straight.

At that height, the Global Hawk could survey the entirety of Greece in less than a day, reports Al Jazeera — though specific details on the downed drone's mission have been kept under wraps.

"There could always be super secret spy tech onboard that we don’t know about," European Council drone expert Ulrike Franke told Wired.

READ MORE: One drone down and the new nuance of escalation [C4ISRNET]