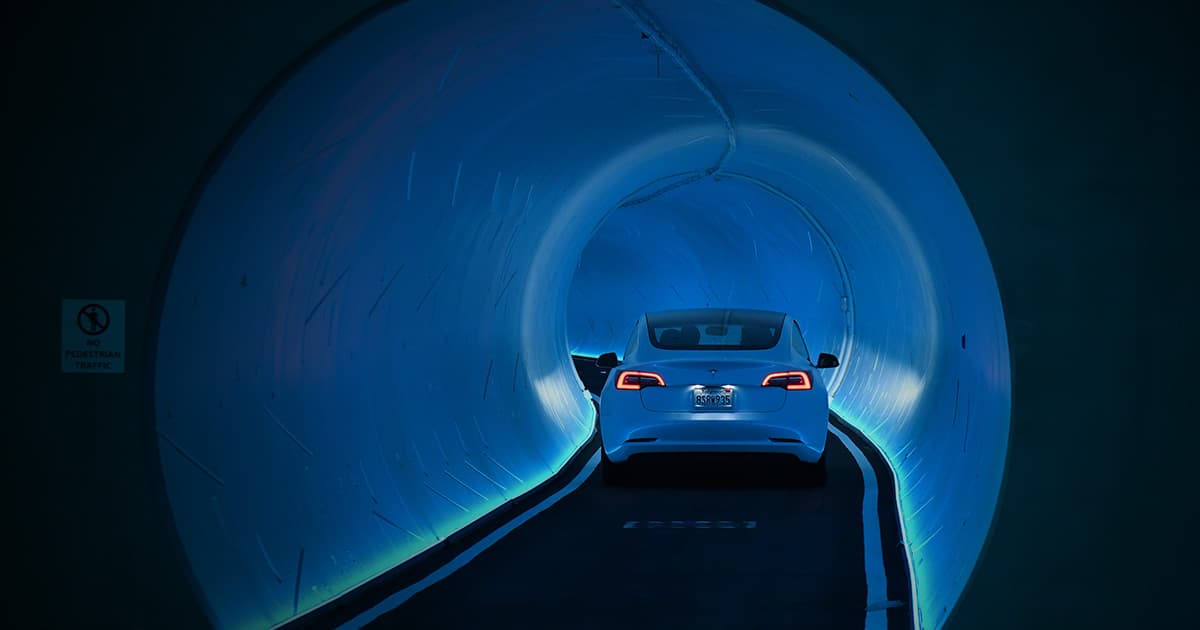 "The driver of the unauthorized vehicle was cooperative and eventually escorted out of the system."

"The driver of the unauthorized vehicle was cooperative and eventually escorted out of the system."

An intruder managed to drive their vehicle into The Boring Company's Loop system in Las Vegas, according to documents obtained by TechCrunch. The "unauthorized vehicle" managed to slip past security on June 21.

The Elon Musk-led company had to call the Las Vegas Metro Police as a result of the intrusion.

"The driver of the unauthorized vehicle was cooperative and eventually escorted out of the system," an email between the Loop's operations manager and a Clark County official reads, as quoted by TechCrunch.

It's a bizarre incident showing that the system may have some unexpected security flaws just months after opening to the public — and they have nothing to do with a fleet of several dozen Tesla vehicles racing through a tight tunnel with passengers on board.

According to the emails obtained by TechCrunch, The Boring Company is planning to increase the number of Tesla vehicles in the tunnel from 62 to 70. The company is also requesting to make use of Tesla's Autopilot software to operate the fleet of vehicles. As of right now, the autonomous driving feature isn't turned on.

The Boring Company president Steve Davis argued that "disabling these features in Tesla vehicles increases the likelihood of an accident," in an email to the Jerry Stueve, director of the Clark County Department of Building & Fire Prevention in June.

Davis also had the awkward task to explain that "Autopilot" does not in fact entail vehicles fully driving themselves and that "the features still requires a fully attentive driver who is ready to take over the wheel at any moment."

"Agreed that the term 'Autopilot' is often unclear and can mean many different things depending on the vehicle and scenario," Davis wrote to Stueve — an astonishing admittance that the feature's name is confusing, something that Musk vehemently disagrees with.

The Autopilot feature has been involved in several high profile crashes in the last few years, leading to an official investigation by the US National Highway Traffic Safety Administration (NHTSA).

But driving on public roads is fundamentally different from driving through the controlled environment of a single-lane tunnel. In fact, The Boring Company arguably has a pretty solid case to turn on features like lane-keep assist and traffic aware cruise control.

Whether that will lead to fewer unauthorized intruders in its tunnels is probably an entirely different discussion. But safety is safety.

More on The Boring Company: Elon Musk Wants To Dig a New Tunnel Near his Texas Spaceport