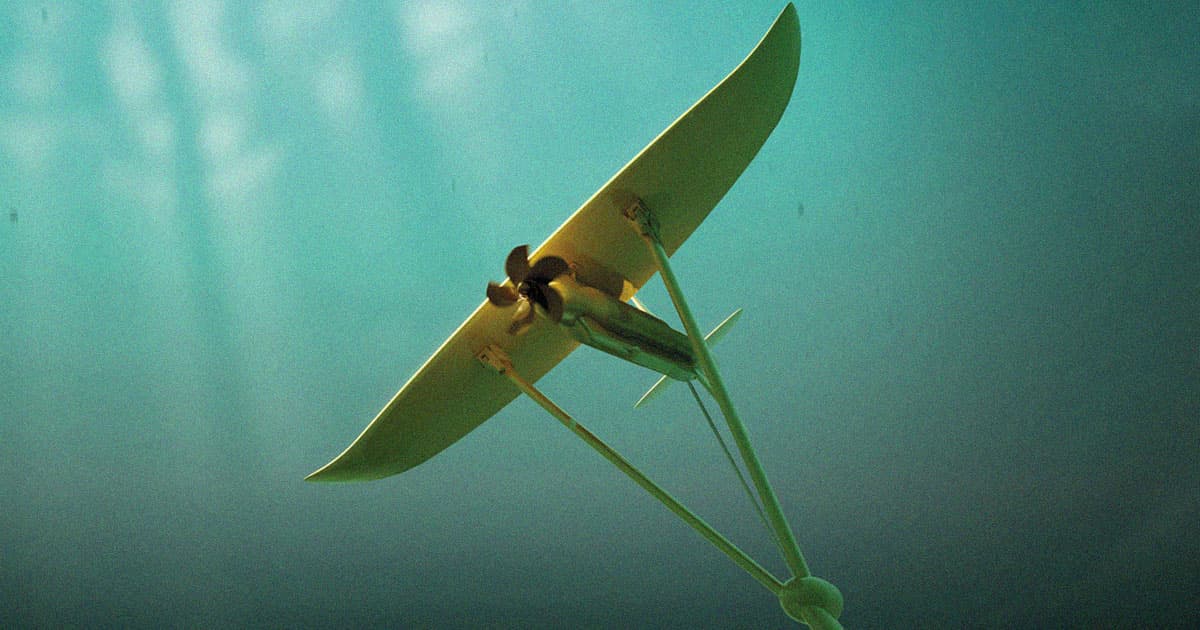 These futuristic "kites" could be a game changer.

These futuristic "kites" could be a game changer.

Swedish engineering firm Minesto has designed special gliders that look a lot like airborne drones — except that they're meant to capture power from underwater currents and use it to generate electricity, down near the ocean floor.

The company is hoping to deploy the latest iteration, a massive kite some 39 feet across, to provide the Faroe islands in the middle of the Atlantic with renewable power.

It's an intriguing project. Tidal power is an ideal candidate for remote locations, offering up a source of clean energy even when there's no wind or sunshine.

The amount of power generated could be a game changer for the small island nation.

"The new kites will have a 12-metre wingspan, and can each generate 1.2 megawatts of power," Minesto CEO Martin Edlund told the BBC. "We believe an array of these Dragon-class kites will produce enough electricity to power half of the households in the Faroes."

As of right now, the Faroe Islands still use imported diesel to cover about half of their energy needs, the BBC reports. The kites, however, could help the 17 inhabited islands to meet their goal of going net-zero emissions by 2030.

"In an island location there is no possibility of bringing in power connections from another country when supplies run low," Edlund told the broadcaster. "The tidal motion is almost perpetual, and we see it as a crucial addition to the net zero goals of the next decade."