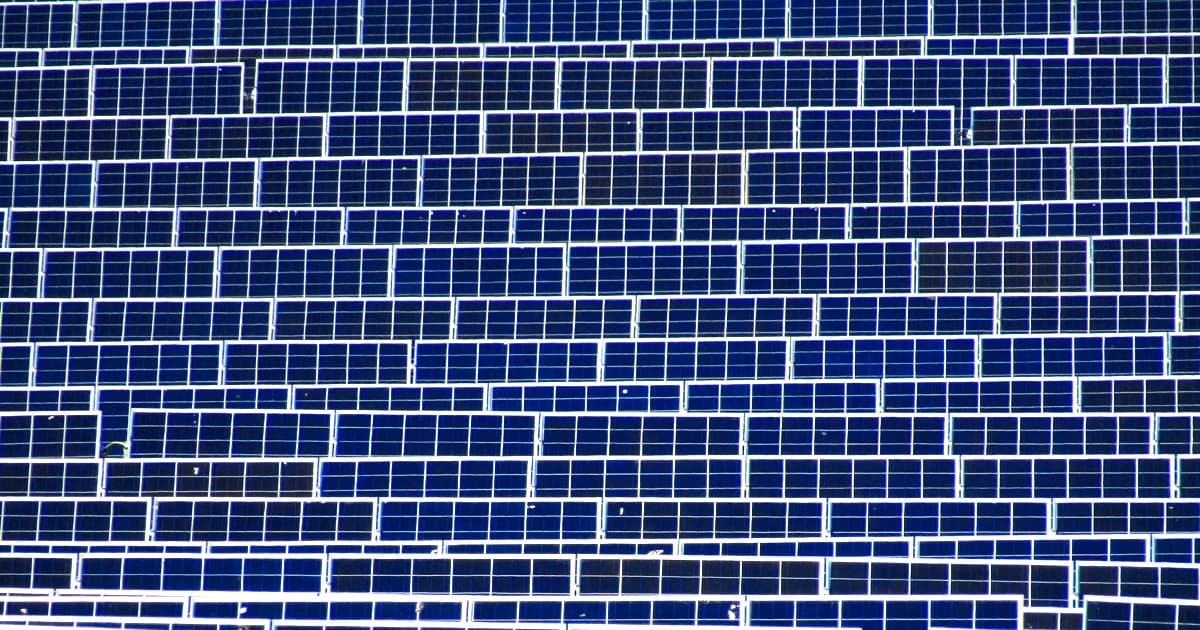 It's a big one

India Is Building a Green Energy "Megapark" the Size of Singapore

India just laid the foundations for what officials are claiming will be the world's largest renewable energy park. The gigantic project, in the Kutch region of western Gujarat, will cover an area of 180,000 acres — an area roughly the size of Singapore, as Agence France-Presse reports.

Once finished, the park will produce 30 gigawatts of electricity from both wind turbines and solar arrays, thereby cutting carbon dioxide emissions by up to 50 million tons per year. For perspective, the protagonists in the 1985 film "Back to the Future" needed to generate a staggering 1.21 gigawatts of power to activate their time machine — and this new facility will produce more than 24 times that figure.

"The hybrid renewable energy park will be largest in the world and generate 30,000 megawatts of power," prime minister Narendra Modi said during the park's official inauguration, according to AFP.

Australia has similar ambitions, with a plan to build the world's largest solar farm, producing a planned 10 gigawatts of energy spread across an area the size of 20,000 football fields.

The Gujarat facility will be built next to a desalination plant that will process 100 million liters of water a day, enough for roughly 800,000 people.

According to AFP, India has an ambitious timeline for renewables. The country is planning to generate 175 gigawatts in renewable energy by 2022 and 450 gigawatts  by 2030.

READ MORE: The World's Largest Renewable Energy 'Megapark' Will Be The Size of Singapore [AFP]

Solar Slay
Solar Powered Machine Turns CO2 and Waste Plastic Into Valuable Fuel
Jan 12
Read More
Fusion Futility
Elon Musk Slams Fusion, Says Future of Energy Is Wind and Solar
9. 9. 22
Read More
Good Neighbors
German Government Says It May Keep Nuclear Plant Open After All
7. 31. 22
Read More
+Social+Newsletter
TopicsAbout UsContact Us
Copyright ©, Camden Media Inc All Rights Reserved. See our User Agreement, Privacy Policy and Data Use Policy. The material on this site may not be reproduced, distributed, transmitted, cached or otherwise used, except with prior written permission of Futurism. Articles may contain affiliate links which enable us to share in the revenue of any purchases made.
Fonts by Typekit and Monotype.