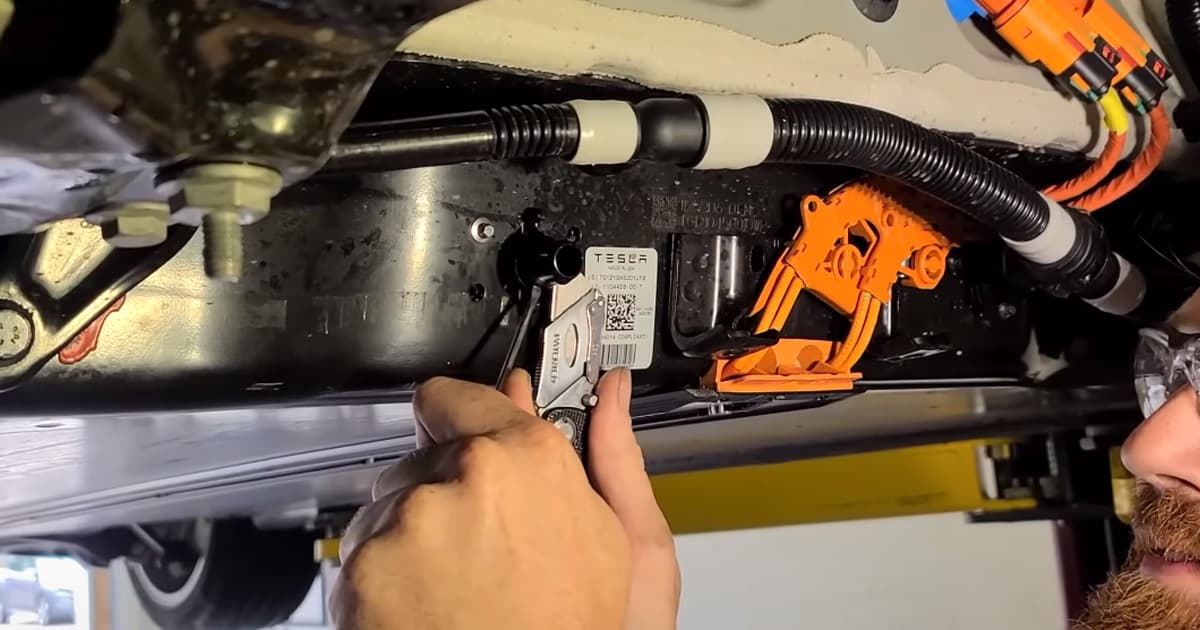 Independent Garage Fixes Tesla for $700 When Tesla Would Have Charged $16,000

The right to repair is more important than ever.

The right to repair is more important than ever.

The leasee of an almost-brand new Tesla Model 3 reached out to YouTuber Rich Benoit, from the channel "Rich Rebuilds," after being quoted $16,000 to replace a damaged battery pack by his local Tesla service center.

Benoit's connections at the independent EV auto shop Electrified Garage were able to fix the vehicle for just $700, a fraction of what Tesla would have charged. It was even cheaper shipping the Tesla from three states away rather than going with Tesla's official fix for the problem.

It's a particularly pertinent topic as the right to repair movement is starting to gather steam, with president Joe Biden signing an executive order last week aimed at promoting economic competition — a major win for the movement, as well as garages like Electrified Garage.

The Model 3 struck some road debris, damaging the connection between the vehicle's battery pack and the cooling system underneath the car. A cracked flange caused coolant to leak over time — which is bad news, because battery packs tend to heat up during use.

Many Tesla service centers out there, however, aren't able to fix individual parts of a battery pack and had to resort to offering the Model 3 leasee a full battery swap rather than fixing the cracked flange.

He even would have had to pay the full $16,000 out of pocket since he was still switching insurance over from his old car and never had extensive coverage on the Model 3 — an "honest mistake," as Benoit pointed out in the video.

The leasee also told Benoit that Tesla wouldn't have allowed him to keep the old battery if it was switched out. The battery cells are worth roughly $12,000 just by themselves.

Tesla even allowed him to drive it home with coolant leaking.

Through Benoit's connections, mechanics were able to rethread a new off-the-shelf brass fitting onto the battery pack to stop it from leaking.

It's a reminder that car manufactures are increasingly making it more difficult for individuals to fix the cars they own. The role of independent car repair shops like Electrified Garage is also being diminished in the process, potentially leaving many future Tesla owners stranded when they can't afford to have Tesla fix their vehicles.