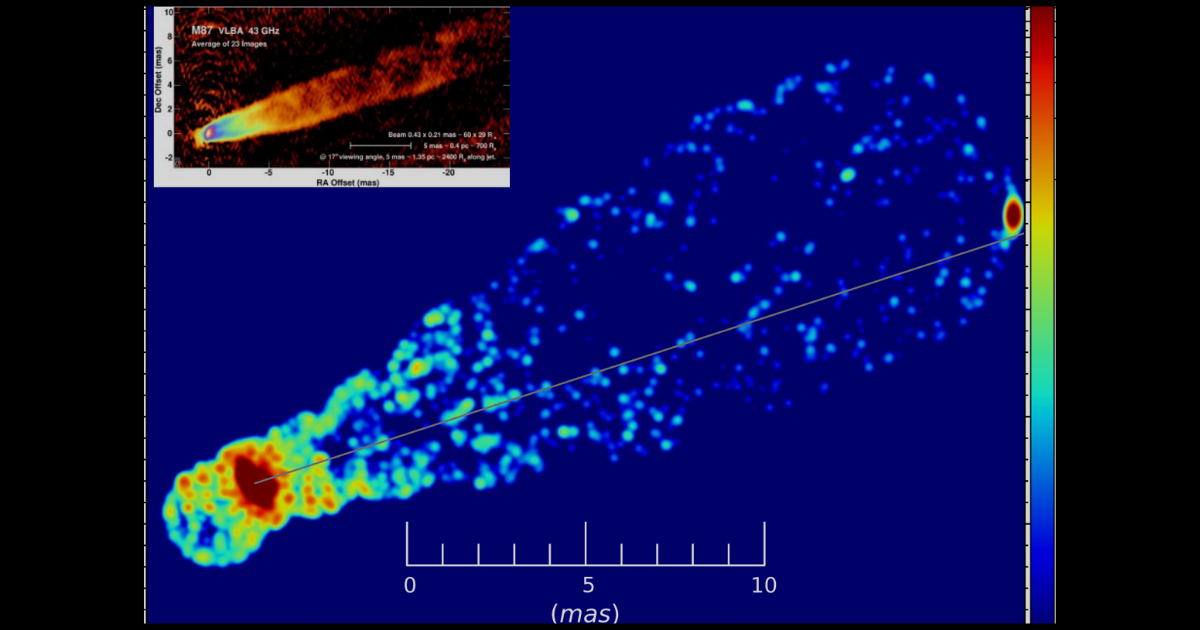 Bad News! That Image of a Black Hole Might Be Totally Screwed Up

The last image was a "mistake," they say.

The last image was a "mistake," they say.

A new image of a black hole in the center of a distant galaxy just dropped, but it's making researchers worried that the first image of the same one wasn't quite right.

It took researchers in Japan three years to produce an image of M87*, the black hole in the center of the M87 galaxy. New Scientist reported this week that the group used the same data from the Event Horizon Telescope (EHT), a collection of eight radio telescopes that act as one, to produce a new version of the iconic black hole image released in 2019.

Like the original team, they used an algorithm to fill in the blanks and compile the vast heap of data into a single image. As with any algorithm, though, that unfortunately means there's room for human error and incorrect assumptions — and that's an issue here, because the new image doesn't look like the one from 2019.

National Astronomical Observatory of Japan researcher Makato Myoshi and colleagues used a wider field of view to get the new image of M87*, which cut out the ring of light around the donut-shaped structure that appeared in the 2019 image. That's bad news, because Myoshi thinks the alleged error could affect the way other black hole images turn out — including, provocatively, the new EHT image of the black hole at the center of our own Milky Way galaxy released this month.

"It may be that the same mistake formed the ring image in the case of Sagittarius A," Myoshi told New Scientist.

All that said, EHT scientists are pushing back against Myoshi's claims, setting up a schism in the nascent field of black hole imagery.

"[Myoshi's team] used this extraordinarily large field of view," Geoffrey Bower, an EHT project scientist, told New Scientist. "You can get almost anything you want if you give yourself that kind of freedom."

The competing teams may not agree on methodology, but that's how science happens — and the debate's gonna be interesting to watch.