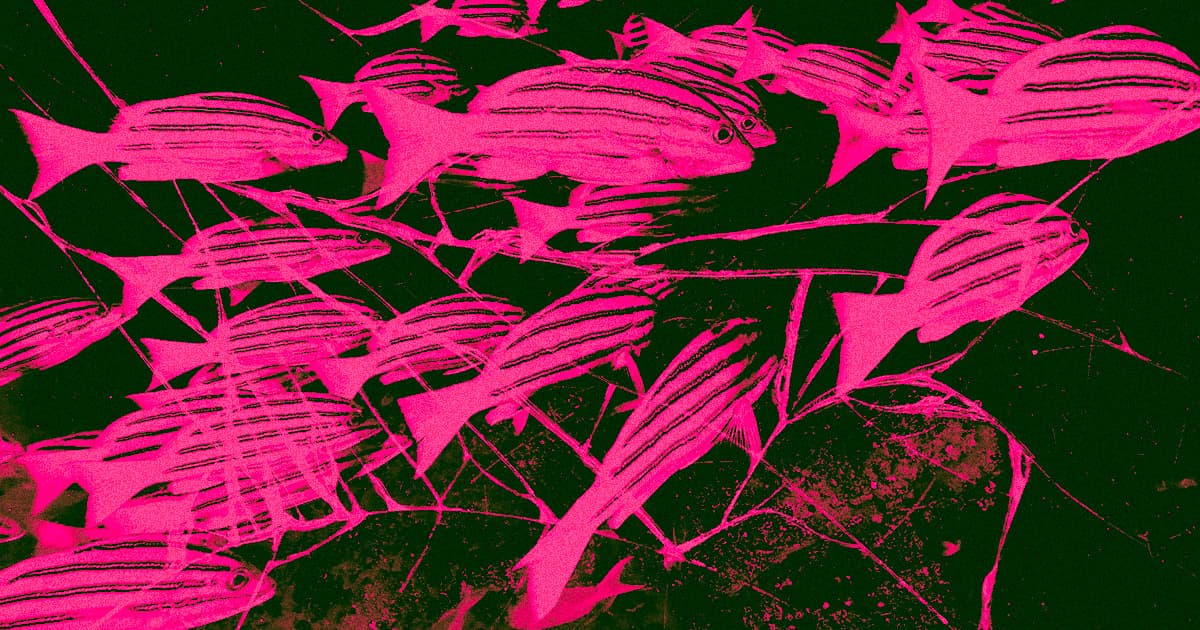 A giant aquarium in Berlin exploded in the lobby of a luxury hotel this week, spilling hundreds of thousands of gallons of water and 1,500 tropical fish — and injuring at least two people in the process.

As the BBC reports, most of the fish inside the AquaDom aquarium located in Berlin's Raddison Blu hotel have sadly passed away. However, news videos show authorities carrying buckets of water with some of the surviving fish out of the hotel.

Beyond the loss of so many fish, the tank explosion also resulted in extensive damage inside the hotel, as well as shattering the building's glass front doors and spilling out onto the street. As reports note, two bystanders were injured by glass from the tank.

Strangely, the AquaDom tank explosion wasn't the only animal catastrophe to happen in Europe this week.

Just a day prior, authorities at a zoo in Furuvik, Sweden shot and killed three out of four chimpanzees that had escaped their enclosures — because, as zoo spokespeople said, there wasn't enough tranquilizer for them all.

Like the much-memed shooting death of the gorilla Harambe in 2016, animal lovers were affronted by the loss of the chimps, one of whom was still a baby.

When these sorts of animal tragedies occur, there's often an instinct to "take a side" between the loss of animal life and the protection of human life. It's worth resisting that knee-jerk and putting these separate Scandinavian mishaps into perspective: that they were undeniably tragic incidents, but thankfully they weren't any worse.

Predators That Used To Be Threatened Are Expanding Back Into Their Old Habitats
5. 10. 18
Read More
We Are Breeding a World Full of Creatures That Cannot Survive
10. 28. 17
Read More
Genetic Engineering Can Help Us Save Animals' Lives
3. 18. 17
Read More
+Social+Newsletter
TopicsAbout UsContact Us
Copyright ©, Camden Media Inc All Rights Reserved. See our User Agreement, Privacy Policy and Data Use Policy. The material on this site may not be reproduced, distributed, transmitted, cached or otherwise used, except with prior written permission of Futurism. Articles may contain affiliate links which enable us to share in the revenue of any purchases made.
Fonts by Typekit and Monotype.