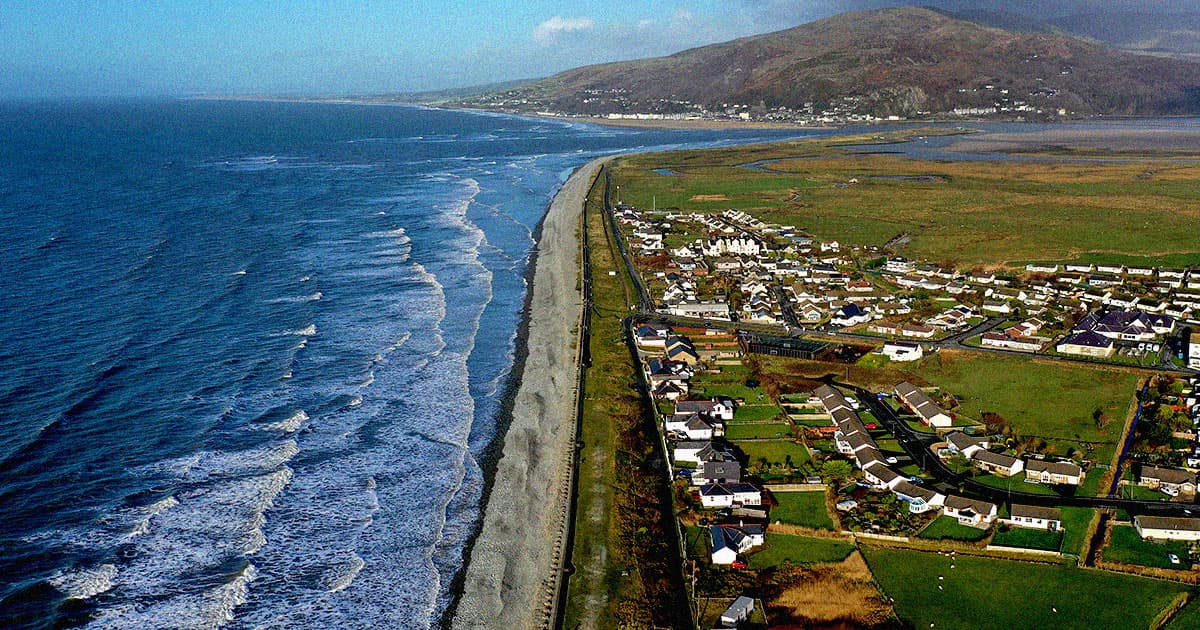 Why would you buy a doomed house?

Why would you buy a doomed house?

The housing market is soaring across the globe, making it nearly impossible for younger people to finance homes.

But there’s one village that takes the “wild real estate market” cake: the village of Fairbourne in Gwynedd, Wales.

The small town is probably going to be underwater by 2054 thanks to climate change and infrastructure decay — but that isn’t stopping people from buying homes and vacation rentals there, according to the Manchester Evening News.

According to real estate market tracker Rightmove, home prices in the village have surged 35 percent since 2019 alone. That’s despite the fact that many homes will be leveled in 30 years and infrastructure like gas and electricity will be dismantled, according to the Evening News.

Residents may even be forced to pay thousands of British pounds to have their homes razed. After 2054, the village seawall will no longer be maintained, leaving it entirely vulnerable to sea level rise.

“Fairbourne is suffering the same fate as places like Nefyn and Aberdyfi,” said one resident who spoke to North Wales Live on condition of anonymity. “Late last year I had a look down Penrhyn Drive (on the seafront) and I was staggered by the number of properties that are now second homes and holiday lets.”

Are the Kids Alright?

The grim reality? It sounds like the people driving up the home prices have basically made the calculation that by the time it’s underwater, they’ll be dead.

“They accept what’s going to happen here but they are of an age where there may not be around in 25 years’ time,” one resident told the Evening News.

Fairbourne is far from the only disappearing village, but it’s one of the few that has both acknowledged the coming disaster and is still thriving, thanks to the fact that climate catastrophe isn’t predicted to strike within current buyers’ lifetimes.

Some global cities, like Jakarta, have opted to move to new, less flood-prone locations — but others, like Miami, are ignoring sea level rise altogether.

The Kids Won't Be Alright
Elon Musk Warns That Humankind Will “End Up in Adult Diapers”
Yesterday
Read More
Circle of Life
Hooray! The Great Pacific Garbage Patch Has Become a Thriving Ecosystem, Scientists Say
May 1
Read More
Life on Earth
Astrobiologists Suggest the Earth Itself May Be an Intelligent Entity
Feb 17
Read More
+Social+Newsletter
TopicsAbout UsContact Us
Copyright ©, Camden Media Inc All Rights Reserved. See our User Agreement, Privacy Policy and Data Use Policy. The material on this site may not be reproduced, distributed, transmitted, cached or otherwise used, except with prior written permission of Futurism. Fonts by Typekit and Monotype.