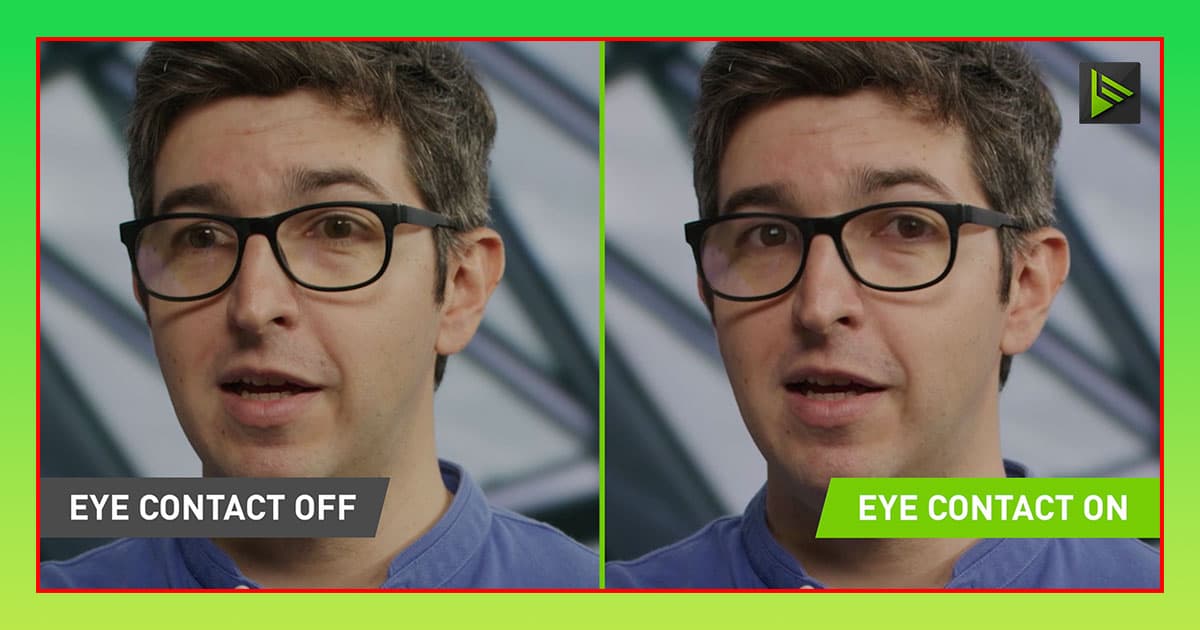 Horrifying Algorithm Locks Your Gaze Into Your Webcam

Why does this need to exist?

Why does this need to exist?

Tech company NVIDIA has released a beta of an unintentionally hilarious new feature called Eye Contact, Tom's Hardware reports, a horrifying piece of software that uses deep learning to make your webcam image stare into the camera, even if you're looking away in real life.

Eye Contact is part of the company's latest version of its NVIDIA Broadcast, a software suite designed for live streamers.

But as it turns out, having an AI model artificially adjust your face by redirecting your gaze has some undesirable consequences — which could easily creep out a streamer's audience.

Tom's Hardware's Jarred Wilson tried the beta out for himself. In his recording, his pupils dance back and forth and popped in and out of place like he was possessed.

Other users who tried out the feature called it "creepy and uncomfortable."

Despite the bone-chilling results, others were impressed. The Verge's Tom Warren called it "damn impressive, even if it's not always perfect," while PC Gamer called it mostly "pretty good" and good enough to "fool most," especially on a video conference call.

NVIDIA did try to make some adjustments to make the results feel just a little bit less unnerving.

Wilson noticed that "the live video feed would oscillate between me looking at the camera and me looking elsewhere, even though my focus stayed in the same spot."

"I guess this could be intentional, because having someone staring directly into the camera throughout an entire video chat would be a little creepy," he added, "but if it is, some adjustments to timing need to be made."

But that still leaves the question: why does Eye Contact even need to exist in the first place?

Shooting Feet
After Saying He Wanted an Open Algorithm, Elon Musk Just Fired the Twitter Team Responsible for Doing Just That
11. 4. 22
Read More
Common Sensical
Top Facebook Scientist Quietly Plotting "Autonomous" AIs
10. 6. 22
Read More
It's The Little Things
Lazy Scientists Botching Research With Machine Learning They Don't Understand
8. 13. 22
Read More
+Social+Newsletter
TopicsAbout UsContact Us
Copyright ©, Camden Media Inc All Rights Reserved. See our User Agreement, Privacy Policy and Data Use Policy. The material on this site may not be reproduced, distributed, transmitted, cached or otherwise used, except with prior written permission of Futurism. Articles may contain affiliate links which enable us to share in the revenue of any purchases made.
Fonts by Typekit and Monotype.