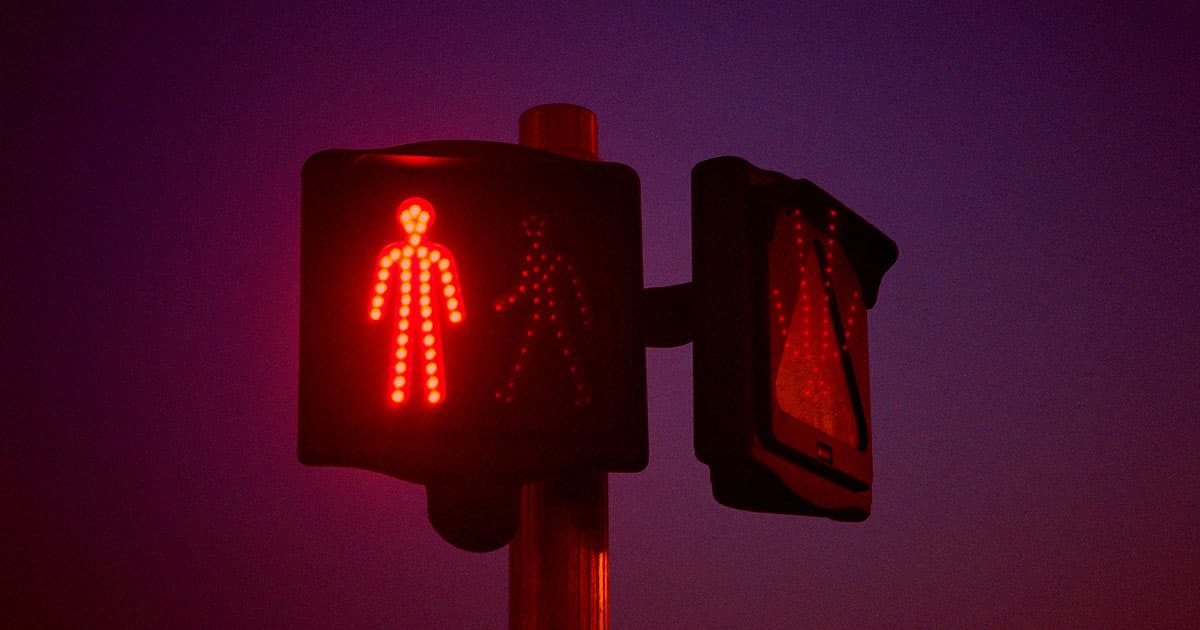 "Some of these pedestrians are distracted."

"Some of these pedestrians are distracted."

Forget about tech neck — smartphones in Hong Kong are distracting pedestrians as they cross the street so badly that officials are piloting a new kind of street light to help keep them from walking into traffic.

On Monday, Bloomberg reported that the new lights are being tested at four locations for six months. They give off an eerie red glow on the crosswalk and sidewalk below, with the goal of getting people who are looking down to stop before they walk into the street.

"With the increasing popularity of smartphones, some of these pedestrians are distracted," Alex Au, Hong Kong Transport Department’s chief engineer for traffic control, told the pub.

The lights might feel a little overbearing, but there's a compelling argument that they're a forward-looking piece of pedestrian infrastructure.

Bloomberg reported that the overall number of Hong Kong pedestrians killed has decreased this year, but deaths caused by pedestrians who didn't obey traffic signals increased to six last year from four, according to the Transport Department. In the first six months of 2022, seven pedestrians have died at signaled crossings, and four of those involved traffic signals that weren't obeyed.

The lights aren't popular with everybody, despite how needed they may feel. One resident told Bloomberg that, in all likelihood, people will come to ignore the new inventions.

"You’ll get used to it as if it doesn’t exist," the individual told the outlet.

If we've learned to ignore the classic red walking guy on normal street signs and refuse to stop looking at our screens, that could turn out to be true.