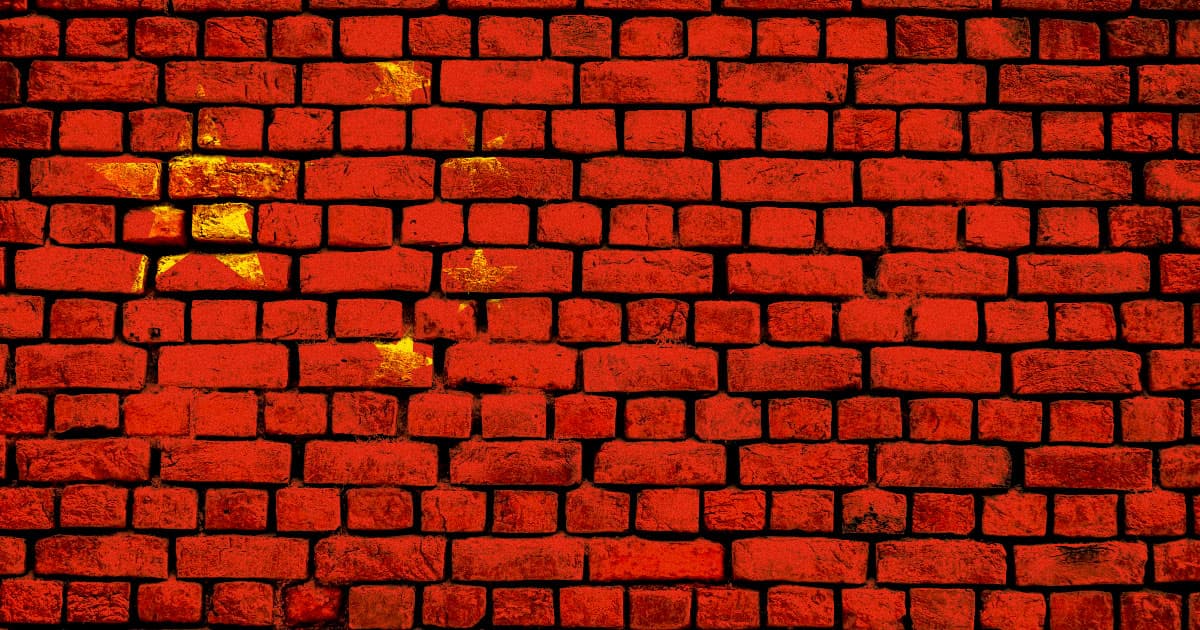 Hong Kong Is Already Being Censored by China's "Great Firewall"

With China's recent implementation of a new national security law that gave it vastly more power over Hong Kong, the region is already being silenced and censored through China's "Great Firewall."

With police and the government wielding sweeping new controls over online communication, Vice News reports that Hong Kong's previously open and robust internet already seems to have screeched to a halt.

The laws are very new — but their very existence has left many in Hong Kong afraid to speak up, Vice reports, lest they be surveilled and arrested for what they say. Meanwhile, public platforms for communicating online are vanishing: Google, Microsoft, Twitter, Zoom, and Facebook along with WhatsApp announced they'd no longer comply with government requests for user data, and will likely be blocked as a result.

"The damage has already been done in terms of self-censorship," the pseudonymous activist Charlie Smith, co-founder of the Chinese-internet-censorship-tracking group GreatFire.org, told VICE. "Beijing's actions in Hong Kong have successfully created a climate of fear. You don't need a billion-dollar censorship apparatus when nothing is being said."

The new law allows police to seize devices, fine and arrest critics, and otherwise silence dissent in the name of national security.

"The new implementation rules sound the death knell to the city’s virtual community," activist Joshua Wong told VICE. "Platforms, publishers, and internet service providers would be ordered to take down any messages that are accused of endangering national security. With fines and prison sentences, this new rule is effectively paving ways for stricter cyber controls."