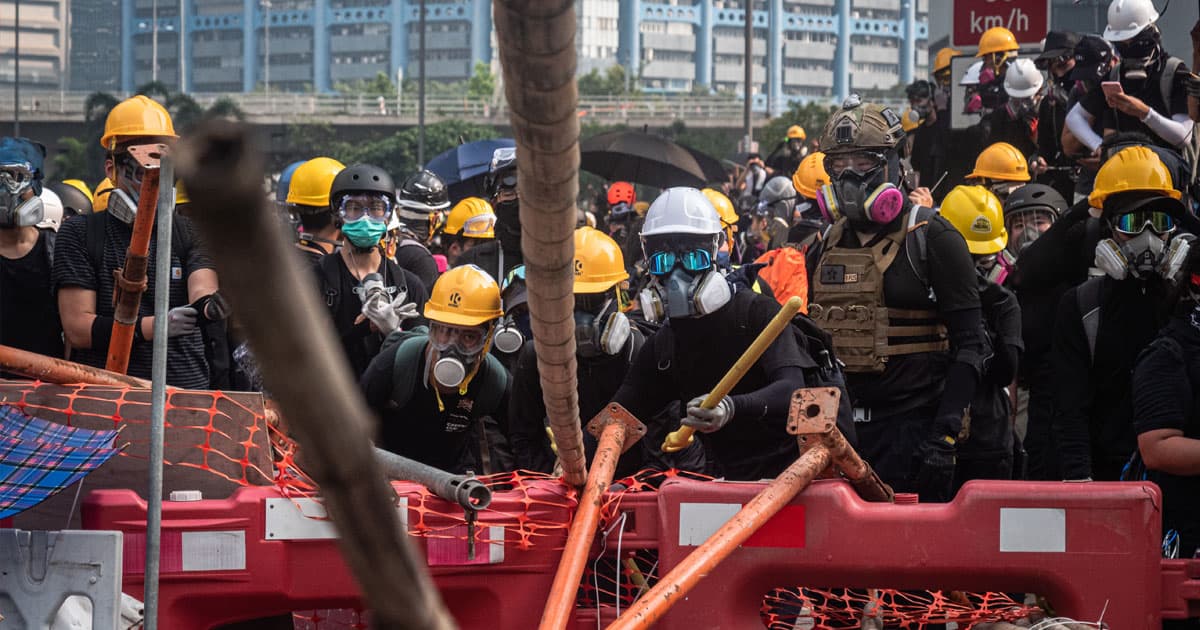 But enforcing the ban might not be so easy.

But enforcing the ban might not be so easy.

With pro-democracy protests in Hong Kong entering their fourth month, the nation's Chief Executive, Carrie Lam, has announced a ban on “any facial covering that is likely to prevent identification" during public demonstrations.

“We believe that the new law will create a new deterrence effect against masked violent protesters and rioters,” Lam explained during a live-streamed press conference on Friday, adding that “Hong Kong is not in a state of emergency, but we are indeed in a location of serious danger."

Hong Kong protesters have been sporting face masks and using lasers to counteract surveillance systems — some of which are capable of tracking down individuals in a matter of minutes — practically since unrest first began.

The Hong Kong government eventually began resorting to spraying protesters with blue dye so it could find them later. Now, any protestor caught wearing a mask could face up to a year in prison and a fine of roughly $3,200 US.

Not only is the new ban likely to stoke the passions of protesters further, but it also may be difficult to enforce due to exemptions for citizens who wear face masks as part of their jobs or because they're ill.

"What if the guy says he wears a mask because has a cold and shows us a doctor’s certificate?" a Hong Kong police chief inspector told the South China Morning Post. "We’ll have to give him reasonable doubt, and it will take a lot of time and energy to find out if he is really ill or not."