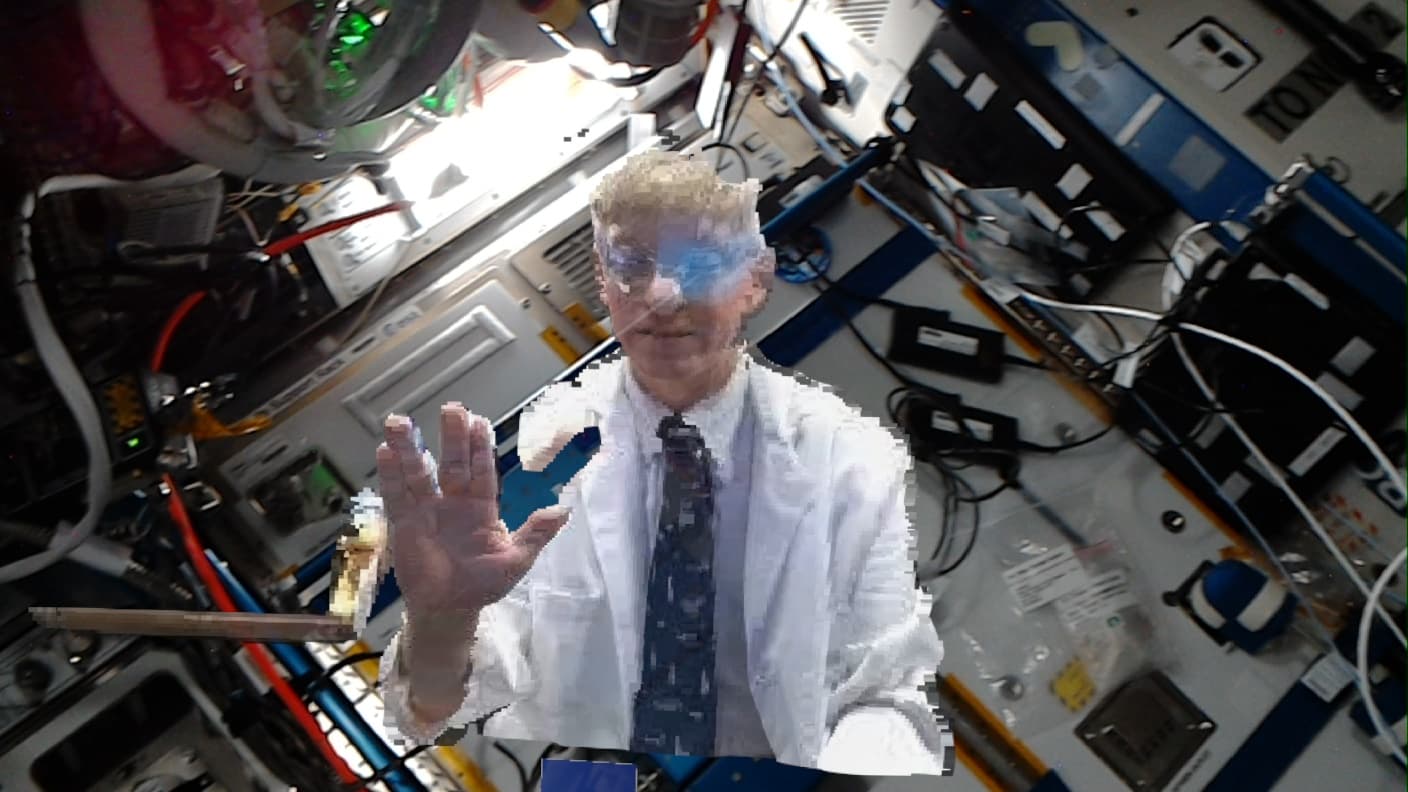 Hologram Doctors Visit Space Station For The First Time Ever

Things are getting more and more like "Star Trek" every day.

As NASA noted in a press release, a hologram medical team were "holoported" aboard the International Space Station late last year, making them the first people to have their 3D likenesses projected into outer space using technology from Microsoft and a startup called AEXA Aerospace.

"This is completely new manner of human communication across vast distances,” NASA flight surgeon Dr. Josef Schmid, one of the doctors on the team who were projected into the ISS, said in the statement . “Furthermore, it is a brand-new way of human exploration, where our human entity is able to travel off the planet."

Sci-fi fans are likely familiar with the concept of holographic doctors given that "Star Trek: Voyager" starred featured a beloved hologram doctor character most often referred to simply as "Doc." And don't forget the iconic take on the concept in the "Star Wars" franchise.

This is the first time in real life, however, that people aboard a spacecraft have interacted with holograms, though Microsoft, as NASA notes, has been dabbling in hologram technology since 2016.

Using Microsoft's Hololens Kinect camera and a computer custom outfitted with AEXA software, Dr. Schmid and others on his Earthbound team were able to chat with European Space Agency (ESA) astronaut Thomas Pesquet while he was aboard the ISS.

Along with hologram tech, AEXA is also interested in developing augmented reality and virtual reality software, which could mean that "holodecks" like those aboard many of the famed "Star Trek" starships may soon become a reality as well.

More on holograms: Scientists Create Holograms You Can Touch